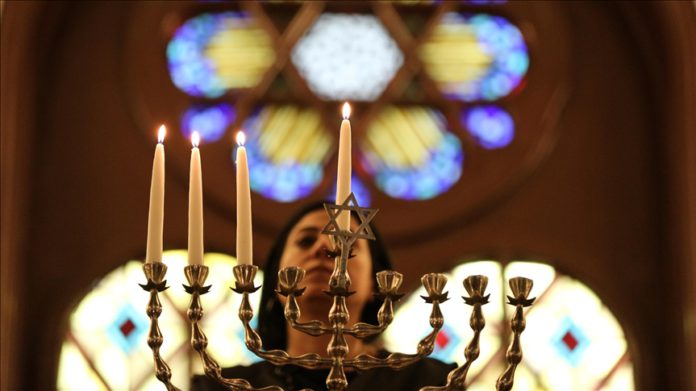 Visitors from the United Arab Emirates (UAE) and Bahrain have taken part in the Jewish Hanukkah festival by torching the candlestick at Jerusalem’s Western Wall.

A video shared by the Facebook page of the Israeli Foreign Ministry on Monday showed people wearing Gulf traditional clothes while participating in the Jewish festival.

“For the first time, visitors from the United Arab Emirates and the Kingdom of Bahrain light the Jewish Candlestick in Israel,” it said.

According to Israeli media, the event was attended by religious leaders in Israel, military officials, as well as Minister of Health Yuli Edelstein and a veteran soldier who was a member of the Israeli forces that occupied Jerusalem in 1967, in addition to a delegation from the UAE and Bahrain.

Notably, Dubai’s Burj Khalifa was lit Monday evening to celebrate the Jewish festival, in the first such event in the Gulf state.

Jews mark the Hanukkah festival on Dec. 10, which lasts for 8 days.