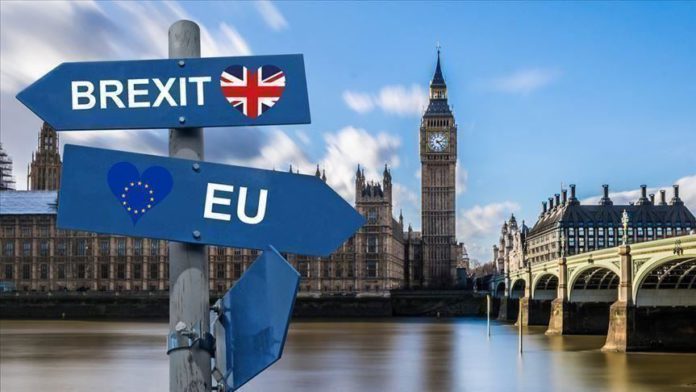 Emergency talks between a British government minister and a top EU official were held on Thursday amid ongoing outrage at a new bill proposed by the UK government that it admits will violate international law and withdrawal agreement with the EU.

Michael Gove met with Maros Sefcovic, one of the EU Commission’s vice presidents, who called on the British government to abolish the parts of the recently proposed internal market bill that violate international law.

“By putting forward this bill, the UK has seriously damaged trust between the EU and the UK. It is now up to the UK government to re-establish that trust,” Sefcovic said in a statement following an extraordinary meeting of the EU-UK Joint Committee.

The draft explicitly acknowledged the British government’s intention to break international law “in a very specific and limited way” by authorizing derogations concerning Northern Ireland from the Brexit’s treaty between the UK and the bloc.

The EU official also pointed out that contrary to the claims of the British government, the proposal risks the implementation of the Good Friday Agreement granting peace in Northern Ireland.

The internal market bill published by the British government on Wednesday will override key parts of the withdrawal agreement with the EU, particularly those pertaining to Northern Ireland. The government has admitted it will break international law.

The EU is demanding “the full and timely implementation of the withdrawal agreement,” and is also considering legal action, according to Sefcovic’s statement.

Sky News quoted one EU official as saying the anger in Brussels had reached such a point that there was “now an inclination among some diplomats to say ‘good riddance’ to Britain”, such as the anger that has been stoked in Brussels.

The EU official added that the move had the “clear intention to pave the way toward a no-deal.

The deadline for a post-Brexit trade agreement has been reported to be mid-October, so that there is enough time to ratify the deal before the end of the year.

Meanwhile, David Potts, the head of Morrisons, the UK’s fourth-biggest supermarket chain, warned that supermarket prices will rise unless the government can secure a tariff-free post-Brexit trade deal with the EU.

Potts was quoted by the Guardian as saying: “From our point of view representing British consumers we would like the government and the leaders of the country to negotiate a deal that includes no tariffs UK to Europe or Europe to the UK because tariffs do drive inflation.”

After nearly three years of deadlocked negotiations following the Brexit vote, the EU and UK finally agreed on the terms of a pull-out deal – officially named Withdrawal Agreement – last October, which entered into force in the UK on Jan. 1.

The treaty had a special protocol on Ireland and Northern Ireland to avoid a hard border, which the 1998 Good Friday Agreement made invisible by removing border infrastructure, as well as to apply a special customs regime to protect the interests of the EU market.

The UK left the bloc on Jan. 31 after 47 years of membership, but negotiations continue on the terms of future cooperation.

State aid and fisheries have been a particular sticking point, with the partners still unable to make any progress on the most crucial aspects of cooperation.

The eighth round of negotiations began on Tuesday, before which Prime Minister Boris Johnson implied that a no-deal result would be a good option.

That would mean the UK would trade with the EU on World Trade Organization terms, with tariffs placed on British goods entering the EU.