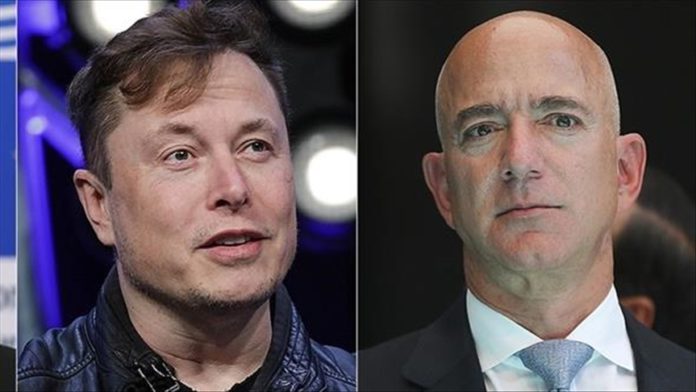 The move pushed Musk’s worth above Bezos’ $184 billion who had been the world’s richest person since the summer of 2017.

Musk’s skyrocketing increase in wealth is much due to Tesla’s unprecedented rise in stock value that saw a 762% increase since the same day a year ago when Tesla shares were trading at $93.81, according to official figures.

Bezos saw his Amazon shares climbing during the coronavirus pandemic when most of the world was under lockdown; however his e-commerce company could not keep up with its $1.61 trillion market value.

Despite Tesla’s $761 billion market capitalization trailing behind Amazon, investors believe that the electric carmaker has more room to grow as the world would strongly turn away from fossil fuels to electric cars in the next decade.