TurkishPress
Home News Electricity flows in Afrin, Syria after without utility thanks to efforts by... 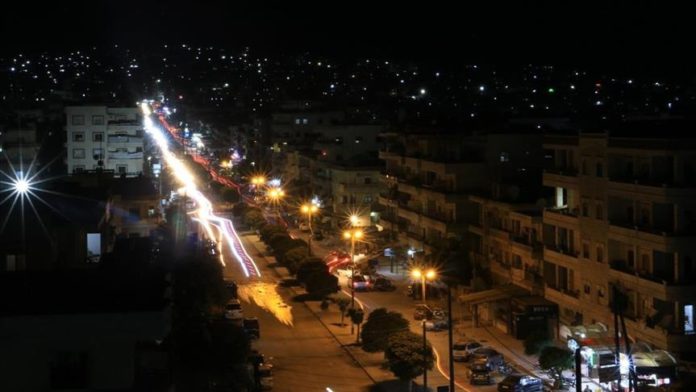 The Afrin district in northern Syria has received electricity thanks to efforts by a local council that was established with Turkish support.

Residents welcomed the easing of their lives with the recent development.

The Afrin Local Council, established in 2018 after the district was largely cleared of YPG/PKK terrorists with Turkey’s anti-terror offensive, Operation Olive Branch, continues to assist residents.

The council, which conducts various activities in infrastructure, repairs to damaged schools, education and health, also played a major role in the delivery of electricity.

The council delivered uninterrupted cheap and clean electricity to residents via an agreement with a private company in Turkey, after long-term studies were conducted.

Industrialists and civilians in the district were saved from the cost and disturbing noises of generators which can cause environmental pollution in the region.

Residents enjoy drinking cold water and cooling off in the scorching summer months as electronic appliances began to work regularly after years of not having access to amenities.

Electricity began in the district center and efforts are underway to deliver uninterrupted electricity to rural areas.

The widespread use of electricity networks throughout the district will have a positive effect on agriculture and other industries.

“It was dark at night and I couldn’t see my way at this age, but now we are more comfortable thanks to electricity,” Umm Mohammed, a 70-year-old woman from Afrin, told Anadolu Agency.

“We can preserve our meals in the refrigerator without spoilage. We can heat our meals in the microwave. Now we wash the things, previously we wash with our hands, in machines. Electricity has made our lives much easier,” said Umm Ahmed, a mother of two children.

“We can do housework more easily. We have electricity 24 hours a day. Afrin has gone from dark days to bright days,” said Revan Adnan, who lives with four children.

Since 2016, Turkey has launched a trio of successful anti-terror operations — Euphrates Shield (2016), Olive Branch (2018), and Peace Spring (2019 –across its border in northern Syria to prevent the formation of a terror corridor and enable the peaceful settlement of residents.

In its more than 35-year terror campaign against Turkey, the PKK – listed as a terror organization by Turkey, the US, and EU — has been responsible for the deaths of nearly 40,000 people, including women, children and infants.

In the past decade, around half a million people have been killed and more than 12 million had to flee their homes.

Ethiopia to decide on path for indicting WHO chief