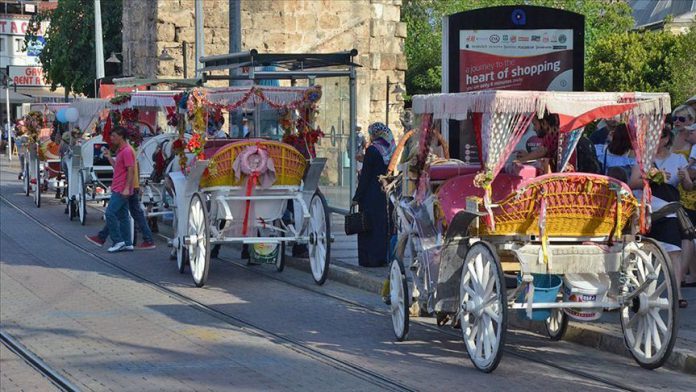 Horse-drawn carriages on Istanbul’s Princes’ Islands are a thing of the past, to be replaced by electric vehicles, said the city’s mayor on Monday.

The announcement followed the culling of 81 horses due to an outbreak of glanders, as well as charges of abuse by animal rights activists.

“The carriages will be removed. It is clear,” he added.