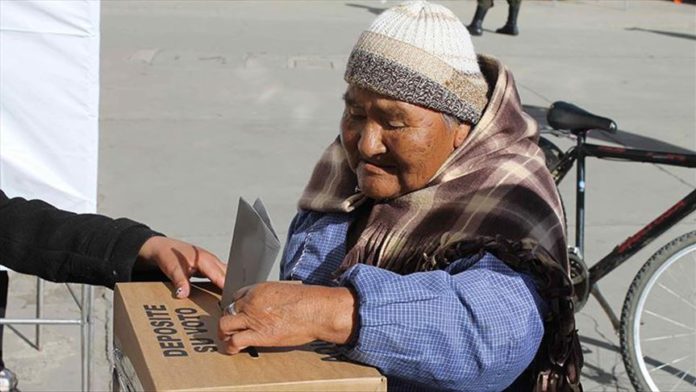 The electoral landscape does not look promising for the political parties of Rafael Correa and Evo Morales, former leaders of Ecuador and Bolivia.

The four groups will not be allowed to participate in the 2021 elections for president and assembly members.

“This would prevent candidates from standing for the elections to be held in February 2021, thus perpetrating the most blatant electoral fraud,” the Party said in a press release.

Correa warned of a breakdown of democracy.

“They don’t even keep a straight face anymore. They destroyed everything: our economy, our health, our state, our democracy,” he published in his Twitter account on Sunday.

The former president is living in exile, facing jail if he returns after a court sentenced him to eight years in prison on bribery charges.

In Bolivia, the attempt to disqualify Evo Morales’s MAS Party also marks the beginning of the electoral campaign.

But with less than two months to go before the Sept. 6 presidential election and in the midst of a serious health crisis due to the coronavirus pandemic, the interim government and the MAS party are involved in a political bid.

MAS said in a statement that this is “a new attempt to ban the party representing the original indigenous peasant movement, workers and popular sectors, therefore, a state of emergency is declared”.

The government set Sept. 6 as the date for the elections, but the party says the change in the election date will generate confrontations and chaos among the Bolivian population, which will increase the risk of contagion.

The government will file a lawsuit in the Electoral Tribunal against the MAS candidate, Luis Arce, for allegedly violating the ban on the dissemination of party polls, a process that could end in the suspension of Arce and MAS from the electoral race.

“We condemn in the strongest terms the attempts of some politicians who want to achieve, through the outlawing of our political instrument, what they cannot achieve at the ballot box,” tweeted Morales on Saturday.

3 asylum seekers die after fire at building in Greece