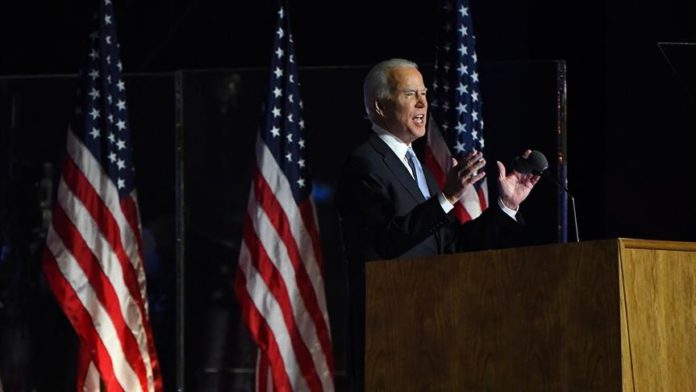 Biden surpassed the necessary 270-vote threshold as electors met in all 50 states and the District of Columbia to cast their votes in line with the electoral results in their territories.

After counting concluded, Biden stands at 306 delegates while Trump holds 232, according to multiple reports.

While it is possible for a candidate to secure the presidency while losing the popular vote, as Trump did in 2016, this year, Biden surpassed Trump’s total by some 7 million votes.

The Electoral College convening is usually a little-noticed formality and is a largely procedural step on the way to Inauguration Day. But Trump’s refusal to concede and repeated baseless charges of widespread voter fraud gave it extra importance this year.

Biden tore into Trump shortly after voting concluded, saying the president and his campaign brought a deluge of legal challenges “to test” election results, and at each juncture was “found to be without merit.”

“Our democracy — pushed, tested, threatened — proved to be resilient, true and strong,” he said. “In this battle for the soul of America, democracy prevailed. We, the people, voted. Faith in our institutions held. The integrity of our elections remains intact.”

The next procedural step will take place on Jan. 6 when Congress convenes in a rare joint session to formally tally the Electoral College’s votes.

Biden was deemed the winner of the White House race on Nov. 7, four days after Election Day, when successive media outlets declared him the victor after he surpassed the 270-vote threshold.