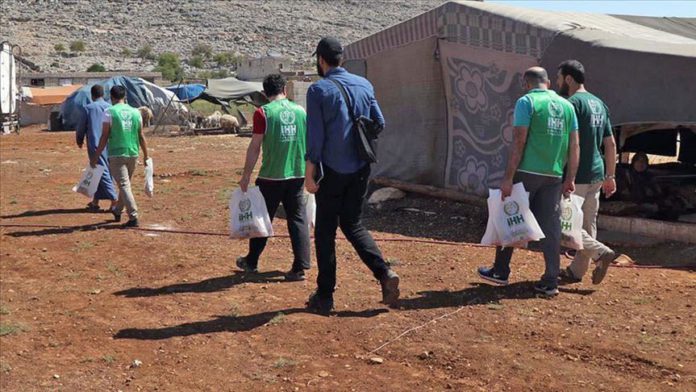 A Turkish charity on Saturday distributed meat to nearly 4,200 families in need in the Gaza Strip on the Muslim Eid al-Adha festival.

Nearly 25,000 people will receive the meat distributed by Turkey’s Humanitarian Relief Foundation (IHH) for the holiday, also known as the feast of sacrifice.

A total of 37 cattle were slaughtered by the IHH in the Gaza Strip, media manager at IHH’s Gaza Office, Muhammad es-Shurefa, told Anadolu Agency.

Most Muslim-majority countries around the world are observing the four-day holiday starting on Friday.

On Eid al-Adha, one of the two main yearly Muslim holidays, people who can afford to slaughter an animal do so and distribute most of the meat to the needy, neighbors and relatives.