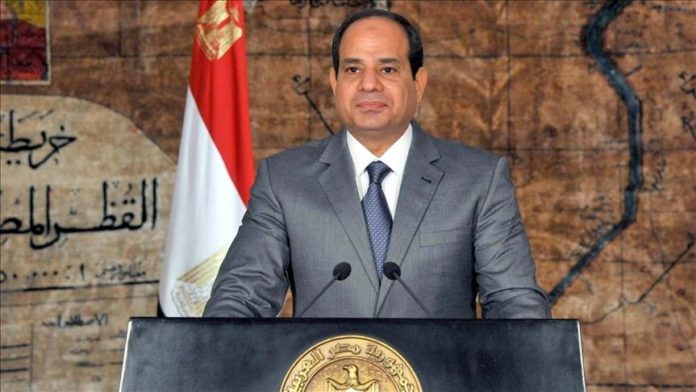 Egypt’s president held a phone call Sunday with his Israeli counterpart to congratulate him for assuming office.

Abdel Fattah al-Sisi and Isaac Herzog discussed bilateral issues and interests between their two countries along with efforts to revive the peace process between Palestinians and Israelis, according to a statement from the Egyptian Presidency

The call followed a two-day summit in which the leaders of Egypt, Palestine and Jordan discussed the peace process, which has been suspended since 2014.

“I thanked the Egyptian president for his important role in bringing stability and peace to the region and we agreed to continue our contacts,” Herzog wrote on Twitter.

Herzog, 61, was sworn in on July 7 as Israel’s 11th president for a seven-year term, succeeding Reuven Rivlin.

On Wednesday, Israel’s KAN news said a meeting will take place soon between Israeli Prime Minister Naftali Bennett and al-Sisi in the resort town of Sharm el-Sheikh in the Sinai Peninsula, but the Egyptian side has yet to confirm the report.

In 1979, Egypt and Israel signed a peace treaty in Washington following the Camp David Accords in 1978, ending a military conflict between the two countries and launching permanent and stable relations.