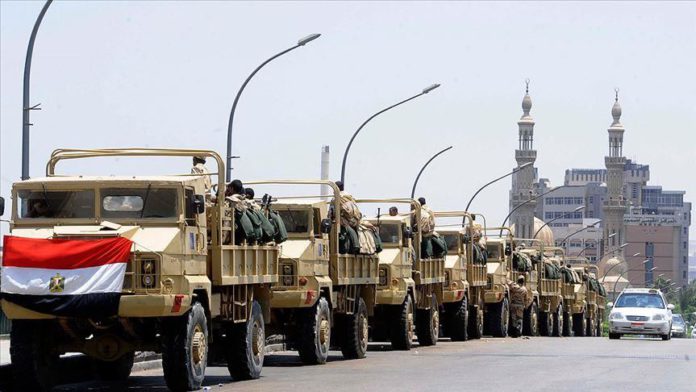 Seven years after the military coup against the first democratically elected president, the Egyptian opposition appears to be a prisoner of the past without the ability to lead change, circumvent a national project or deal with the situation in the country.

The opposition in Egypt and abroad is in a forced absence due to the regime’s extensive restrictions on opinion expression as well as extensive political arrests.

The regime of the former President Hosni Mubarak suppressed freedom of expression that led to revolution in 2011 that called for equality, freedom and social justice.

Mubarak, who ruled for three decades, was forced to step down by a popular uprising in early 2011.

Several television shows and newspapers enjoyed freedom of expression during Morsi’s rule. The following year, however, Egypt saw anti-Morsi protests before the country’s then-defense minister Abdel-Fatah al-Sisi overthrew him in a military coup to become president.

Moving to the protests of June 30, 2013, Egyptian journalist Omar Elfatairy said: “The military coup of June, 30, (July 3) came as a betrayal of the glorious Egyptian revolution of 2011 with all its freedom and democracy.”

“Egyptians’ dream was to have basic human rights and freedom of expression. The democratic elections were held for the first time in the country when I voted for the martyred president Mohamed Morsi, who was a civilian president committed to the values of the revolution such as freedom and democracy,” Elfatairy said.

The opposition clung to the conflicts of the past and did not go toward change that unites them.

The opposition outside Egypt which leaked abroad, especially before protests in 2013, managed to establish media platforms research centers and human rights coalitions in several countries, but many of those who follow Egyptian affairs considered most of them a “phonetic phenomenon” to draw attention of the international community without making successful changes in Egypt.

Egyptian activist Abdelrahman Mohamed said “the conditions of the sociopolitical opposition in Egypt, whether in the form of a group, party, organization or an individual, changed dramatically and endured some life-changing disintegrations.”

“The opposition in Egypt simply changed from movements and voices that shed some light on governmental malpractices and abuse of power, into a distraught mess in the form of political prisoners & fugitives, dishonored-by-the-public entities, and asylum seekers.

We can simply say that the 2011 revolution backfired on the desired anatomy and perception of the opposition in Egypt; once known as the heroes trying to denounce every act of corruption, now turned into traitors, or shut down completely,” said Mohamed.

The opposition believes that major crisis is not in it, but in the regime, which “closed all gates” and made the battle zero with distinction.

Authorities made numerous forced disappearances and slow killings through medical negligence that affected even Morsi and dozens of his supporters in prisons, as well as confrontations that led to the deaths of large numbers in demonstrations.

The health conditions in Egyptian prisons have deteriorated and inmates are not receiving necessary health care, especially those who suffer from chronic diseases, according to the Arab Network for Human Rights Information.

Egypt has been facing severe criticism from international rights groups for its crackdown on journalists and opposition figures for being critical of the government’s performance.