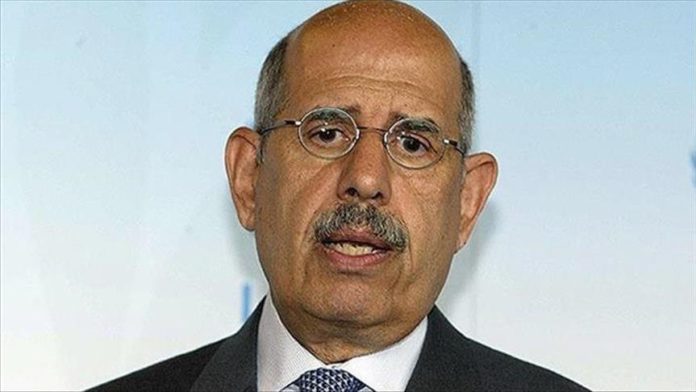 “It is painful that Ziad [al-Alimi] and his countless colleagues languish in prisons without trial, facing accusations of terrorism. They are the future of Egypt and it is dangerous to kill hope in their souls,” Mohamed ElBaradei said on Twitter.

As the law says, justice delayed is justice denied, he added.

Al-Alimi, a 41-year-old former parliamentarian, lawyer, and leftist activist, was arrested along with seven more political figures in June 2019.

They have been accused of “joining a terrorist group and involvement in plots to target state institutions.

In April 2020, an Egyptian court placed al-Alimi and 13 opposition activists on the country’s terrorism list for five years, a move that drew sharp criticism at home and abroad.

“I know Ziad al-Alimi closely as a young lawyer who participated with determination and sincerity in the January [2011] revolution and in party work, believing in the possibility of change through political action,” said ElBaradei.

Since Morsi’s overthrow, Egyptian authorities have carried out a relentless crackdown on dissent, killing hundreds and arresting thousands of supporters of Morsi and the Muslim Brotherhood.

ElBaradei has since relocated to Austria and emerged as a staunch critic of the Egyptian regime.