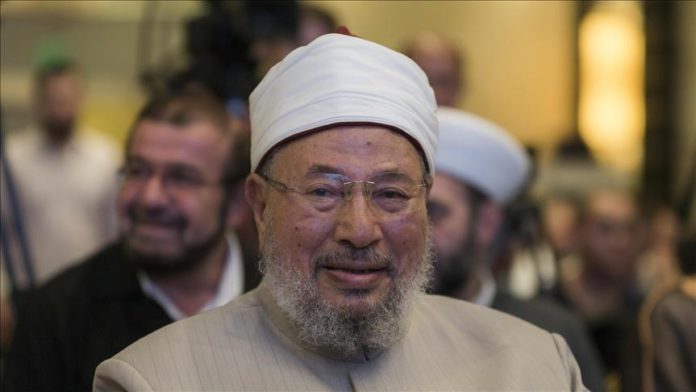 An Egyptian prosecution decided on Friday to release the daughter of prominent Muslim scholar Yusuf al-Qaradawi after spending four years in prison.

“The case includes a number of Brotherhood leaders, as the defendants face accusations of participating in the implementation of terrorist operations targeting the security forces and disrupting the work of state institutions,” the agency said.

The case, in which the country’s Public Prosecution Office charged Ola Qaradawi with “joining a terrorist group and financing terrorism,” is the second case against her since her arrest, as well as that of her political activist husband, Hossam Khalaf, more than four years ago.

On June 30, 2017, Egyptian authorities arrested the two, with their detention renewed periodically since then.

On more than one occasion, Ola’s defense team quoted her assertion during the investigation sessions that she “has not committed any act in violation of the law and that her arrest and detention throughout this period is just because she is the daughter of al-Qaradawi.”

Al-Qaradawi, a Qatari citizen of Egyptian descent, is the chairman of the International Union of Muslim Scholars. He has written 120 books and is widely regarded as one of the most influential Muslim scholars in the world.