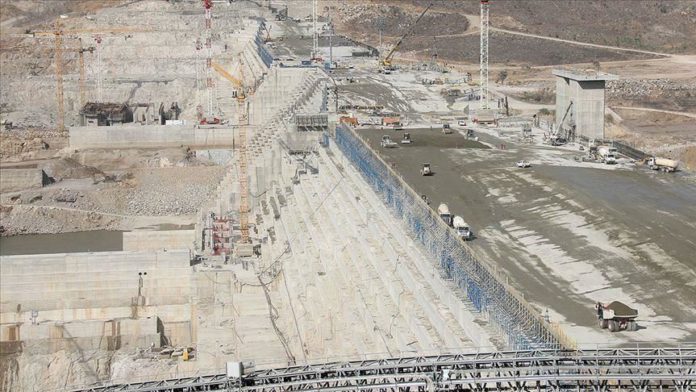 A new Egyptian popular campaign called on the Egyptian authorities to withdraw from the Declaration of Principles on the Renaissance Dam signed by Cairo, Khartoum, and Addis Ababa in 2015.

The ‘Batel’ campaign, means void, said in a statement that “the popular campaign calls on all political powers inside and outside Egypt to overcome differences and unify their position against the ceding of the Nile.”

The campaign demanded the Egyptian authorities withdraw from the Declaration of Principles signed with Ethiopia or conduct a national popular referendum on the agreement.

The statement warned that in case the Egyptian authorities refused to conduct a referendum, the campaign will conduct an online one.

In March 2015, Egypt, Sudan, and Ethiopia signed a declaration of principles on the technical details for filling and operating the Renaissance Dam.

The fourth article of the agreement stipulates general guidelines on filling the dam.

On Wednesday, an Ethiopian official said his country started to fill the dam. Addis Ababa, however, retracted the statement and said the statement was misunderstood.

Ethiopia began building the Grand Ethiopian Renaissance Dam, or GERD, in 2011 on the Blue Nile, a tributary of the Nile River, near the border with Sudan.

Tensions have escalated between Egypt and Ethiopia after the former complained to the UN Security Council on May 1 after Ethiopia announced its plan to begin first-phase filling of its $5-billion hydro dam.