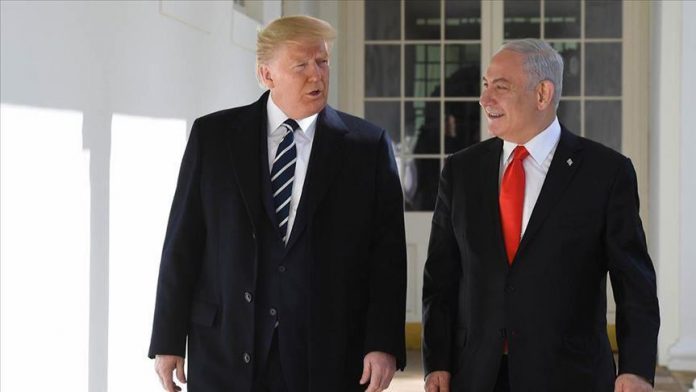 Egypt has welcomed the announcement of the U.S. President Donald Trump to the so-called peace deal.

In first reaction to the “Deal of the Century,” the Egyptian Foreign Ministry on Tuesday called on Palestinians and Israelis “to carefully consider the proposed plan.”

“We appreciate the continued efforts of the U.S. to reach comprehensive and just peace for Palestinian cause,” Egypt’s Foreign Ministry said in a statement.

On Tuesday, U.S. President Donald Trump released his oft-delayed plan to end the Israel-Palestine dispute in the White House where Israeli Prime Minister Benjamin Netanyahu was present, while Palestinian authorities were not represented.