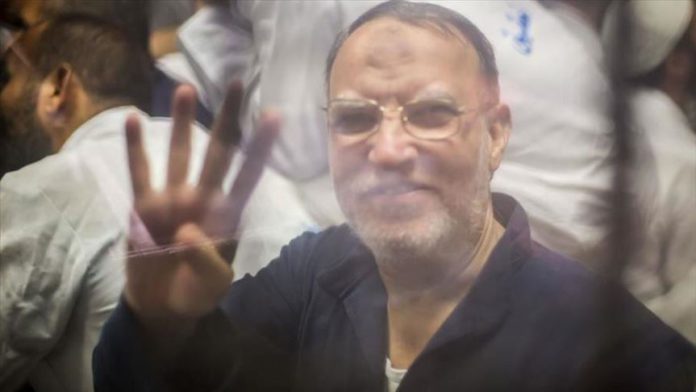 Essam Al-Aryan, a prominent figure in Egypt’s Muslim Brotherhood, died on Thursday while serving a prison sentence in the Egyptian capital Cairo, according to local media.

Abdel-Mon’em Abdel-Maqsoud, a lawyer for Muslim Brotherhood leaders, told Anadolu Agency: “Security officials informed me of the death of Essam Al-Aryan without giving any reasons for his death.”

“I don’t know whether he died in prison or in hospital… I informed his family of his death and started procedures after his death,” Abdel-Maqsoud added.

Egypt’s Interior Ministry has yet to comment on Al-Aryan’s death.

Al-Aryan, 66, was arrested following the ouster of Egyptian President Mohammad Morsi in the summer of 2013. In the years since he has served sentences of 25 years for various alleged offenses.

Al-Aryan was a prominent figure and took several positions in the Muslim Brotherhood, a group outlawed following the military coup led by the current President Abdel-Fattah al-Sisi in 2013.