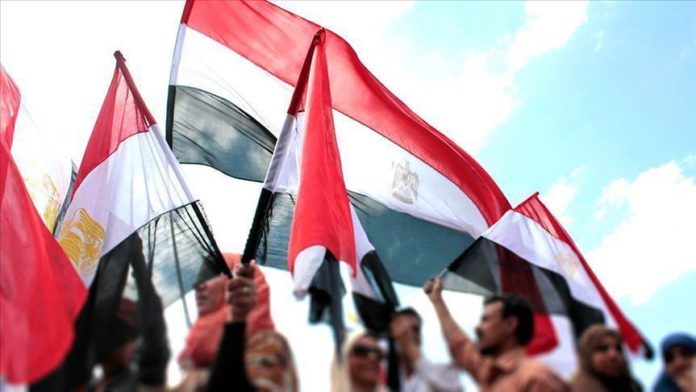 As protests continue to spiral up in Egypt, Abdel Fattah al-Sisi administration’s move to execute 15 political detainees over the weekend was aimed at instilling fear and divert attention, believe political analysts.

The uprising that started from Sept. 19 following a call by an opposition leader Mohammad Ali, living in Spain, has cast worries in Cairo. The protests first started in villages and city slums and then took over cities across the country.

The regime initially did not take the demonstrations seriously. But then began using force after increasing participation of people in the protests on Fridays, claiming three lives on Sept. 25. The protests were nicknamed “Friday of Rage” and also “Friday of Triumph”.

Fearing that the protests which started for economic reasons could spread further, despite using force, the administration launched an alternate plan to execute 50 prisoners who had been previously sentenced to death by the courts.

A day after protests were held on Oct. 2, the Egyptian Interior Ministry executed Yasser Abasiri, 49, and Yasser Shakr, 45 — two members of the Muslim Brotherhood detained for protesting against the 2013 military putsch that deposed the country’s first democratically elected president, Mohamed Morsi.

The two were detained in Torah prison in southern Cairo, which is known as the country’s most fortified prison, after their trial in the case publicly known as the “Library of Alexandria”.

While no statement was made by the authorities, TV channels and human rights organizations announced the executions to the public.

The next day, the regime executed 13 more people. The authorities have not yet announced their names to the public, according to Watan TV, an Egyptian channel known for being close to the Muslim Brotherhood, broadcasting from abroad.

Other TV channels belonging to opposition groups such as Mekameleen and Al-Sharq also confirmed the execution.

Sisi denies any prospect of change

“I see the move comes in the term of state terror. Sisi’s regime wants to continue its terrorist attitude to make the protestors scared and don’t think again about going to the streets, ”al-Islam said.

Since the military coup in Egypt in 2013, the Sisi regime has been using executions as a tool to scare opposition to stop their anti-government protests, Ismail Numan Telci, associate professor at Sakarya University, and also a vice president at the Center for Middle Eastern Studies (ORSAM), told Anadolu Agency.

“It is not only during the time of protests but regime continuously executes civilians to prevent masses to participate in protests,” said Telci.

Stressing that the regime particularly targets the Muslim Brotherhood organization, Telci said despite peaceful nature of the organization and its democratic demands, the Sisi regime resorts to oppressive and violent policies including torture.

“Opposition faces serious human rights abuses both inside and outside prison. There are several cases of torture, unlawful detention, and forced disappearance,” he said.

Telci also asserted that the executions will not deter Egyptians to stop protesting against the oppressive regime. He said such moves would further encourage the masses to increasingly show their dissatisfaction from the Sisi regime.

He noted that the recent wave of protests is not related to the political situation, but rather with increasing economic problems that the country has been facing during the past few years.

Expressing dismay that human rights violations by the Sisi regime do not invoke active steps from international and regional human rights groups, Telci, however, said that he was not surprised.

“This silence has been a continuing trend for Western actors since the start of the military regime in Egypt,” Telci underlined.

He stressed that soon after the military coup, Western powers established formal relations with Sisi, and was hosted by the leaders of countries such as Germany, France, Britain, and the US.

“These countries continued to sell high volumes of defense industry products despite the calls from human rights advocates to not to do so,” according to Telci.

He said that regional actors such as Saudi Arabia, the UAE, Bahrain, and Israel are also strong supporters of the Sisi regime as it toes their foreign policy.

According to Egyptian law, the powers to implement death sentences or clemency is rested with the president.

Since al-Sisi took power, courts across the country have issued death sentences against a number of opponents of the regime, but most of the verdicts were overturned.

As many as 92 political prisoners have been sentenced to death in Egypt since Sisi assumed office. Out of them, 57 have been executed, while the 35 remain on death row, who are counting their breaths in the detention centers.