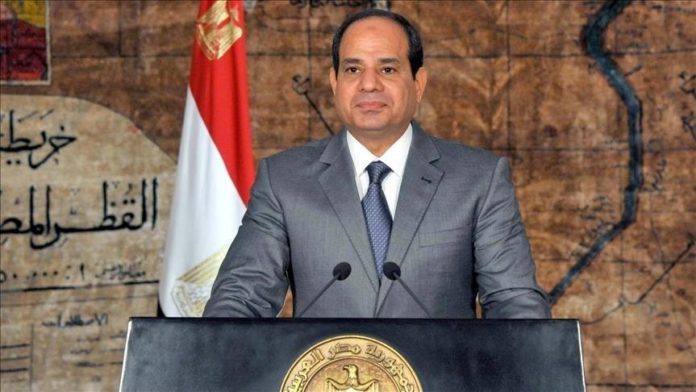 This came during his meeting with Yemeni Defense Minister Mohammed Ali Al-Maqdashi in the capital Cairo, according to a statement by the Egyptian presidency.

The Egyptian president stressed that the political solution must help achieve stability in Yemen, “meet the aspirations of the Yemeni people, empower their free will, and end foreign interference in Yemeni internal affairs.”

For his part, the Yemeni minister applauded cooperation between Egypt and Yemen in all fields, especially at the military and security levels.

Maqdashi expressed hope that Egypt, as the largest Arab country, will continue to support political efforts aimed at ending the humanitarian crisis in Yemen.

On Sunday, Oman revealed ongoing “efforts” to reach a permanent and comprehensive cease-fire in Yemen, which has been reeling from the war for seven years.

Yemen is witnessing a war between pro-government forces backed by an Arab military alliance led by neighboring Saudi Arabia, and the Iran-backed Houthis, who have controlled governorates including the capital, Sanaa, since September 2014.