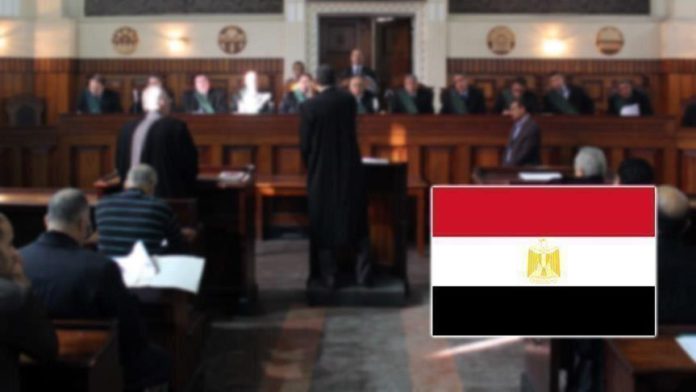 Political prisoners lodged in Egyptian prisons have sought the intervention of US President Joe Biden to end human rights violations in their country and to seek their release.

In a letter accessed by the Anadolu Agency on Monday, the prisoners while hailing Biden for becoming the 46th president of the US have reminded him of his electoral promise that he will not side with the dictators.

They have also mentioned that Biden’s election was a victory for American democracy, hoping that it will help the US to assume the role of “the leading force for good in the world”.

Prisoners, whose names could not be disclosed due to security reasons, said they were living under the worst conditions in Egyptian detention centers.

“Mr. President, we, the masses of political prisoners, are writing to you from inside the Egyptian prisons and on the anniversary of our glorious revolution, the January 25 Revolution, for which we are still paying the price so far from our blood and our lives,” reads the letter.

Describing their imprisonment as “enforced disappearances”, the prisoners said they are facing torture and cases are being fabricated against them by the regime of Abdel Fattah al-Sisi.

The letter said the current Egyptian government is targeting “anyone who dares to express an opinion against the military coup”.

They said that the al-Sisi regime has closed all “the doors of dialogue” with the citizens.

Calling Biden’s electoral success “a moment of hope in a dark time”, the prisoners expressed hope that the new US administration will “play a great role” in prioritizing the plight of political prisoners in his relationship with Egypt. They told Biden to play a role in giving freedom to young Egyptians “who love their country”.

Attempt to put pressure on Egypt

Saif al-Islam Eid, an Egyptian researcher, who has extensively undertaken studies on political prisoners said the letter by the prisoners looks an urge to take advantage of the opportunities available internationally and regionally to put pressures on the Egyptian regime.

Over recently, the Egyptian government is trying to show a softer face to the world to avoid sanctions. This was in full display when Egyptian authorities on Thursday released a journalist associated with Al Jazeera, who was detained in late 2016.

Eid believes the Egyptian authorities have been under pressure from European countries over the death of Giulio Regeni, a 28-year-old doctoral student studying in Egypt who vanished on Jan. 25, 2016, and was later found dead.

While Egyptian authorities deny any involvement in the student’s death, many have noted that the signs of torture on the young man’s body were uncannily similar to those caused by Egyptian police in interrogation centers.

“I think that the group of young political prisoners, known as the “youth of letters” due to the means they use to communicate with the public, see the new Biden administration as an opportunity to put pressure on the Egyptian regime,” said the researcher.

He further said the most important issue leading to international pressure against Egypt was its human rights record. The researcher said there are reports that more than a thousand detainees have been killed in prisons since the military coup.