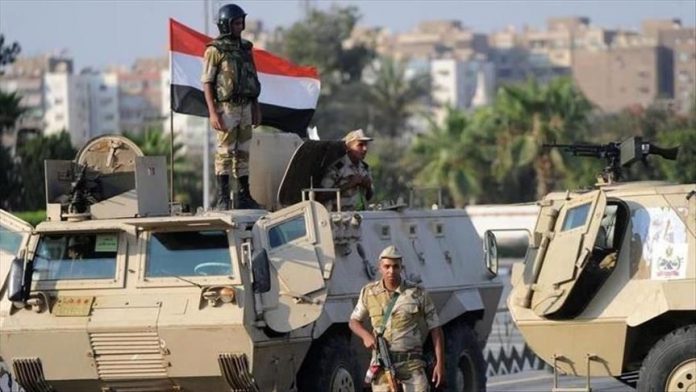 Egyptian army forces have killed 83 militants as part of a security campaign in the restive Sinai Peninsula, according to a military spokesman on Monday.

In a statement, Colonel Tamer al-Refai said 77 militants have also been arrested in northern and central Sinai in the period between Sept. 28 to Nov. 4.

He added that three troops were killed and injured in clashes with militants, but without giving any further details.

According to the spokesman, two underground tunnels and 14 hideouts used by militants had been destroyed and 4,707 illegal immigrants arrested as part of the operation.