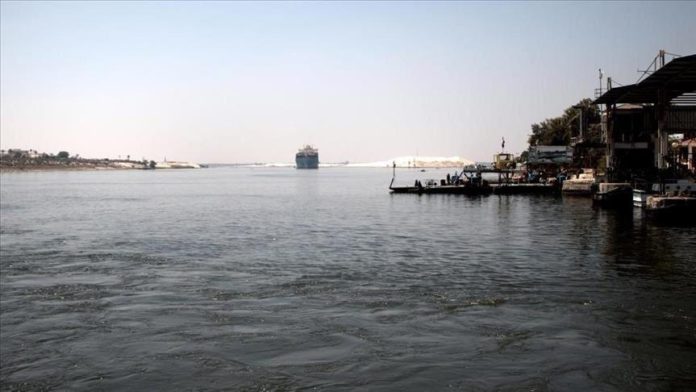 Egypt denied that Israeli pipelines stretching between the Red Sea and the Mediterranean will have significant negative impacts on the Suez Canal.

In a statement on Tuesday, the Suez Canal Authority stated that the canal route will remain the shortest and most secure link between East and West since shipping containers passing through the canal can transport larger quantities of goods at a lower cost than any land routes.

The statement added the navigation traffic in the canal is proceeding according to normal rates, noting that “the revenues during 2020 amounted to about 5.61 billion dollars, and the canal recorded the crossing of 18,829 ships with a net of 1.17 billion tons, making it the second highest net annual cargo in the history of the canal”.

“It is expected that the impact of the pipeline, once operational, will not exceed 12-16% of the volume of crude oil trade heading north, and not of the total trade traffic crossing the canal.”

Israel is due to resume operating pipelines it closed more than two decades ago.

In the last quarter of last year, the Israeli Europe Asia Pipeline Company Ltd. (EAPC) inked a memorandum of understanding (MoU) with the UAE-based MED-RED Land Bridge Ltd (MRLB) to create a land bridge between the Mediterranean Sea and the Red Sea that will be used as a route to transport oil from the Gulf states to consumption markets in Europe, most of which currently passes through the Suez Canal.

The plan is in line with Israel’s dream to seek alternatives to the Suez Canal, one of the most important corridors in the world for transporting oil to Europe.