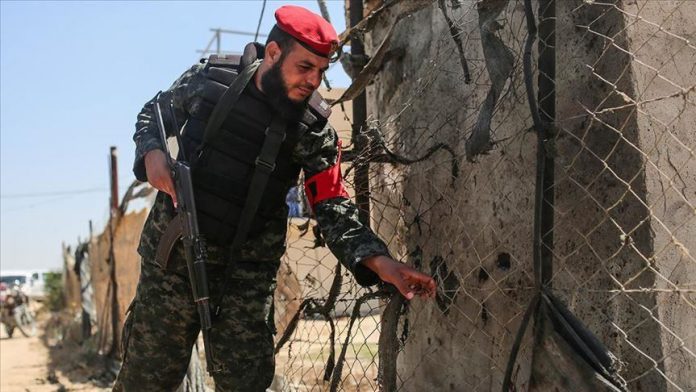 The eyewitnesses told Anadolu Agency that the Egyptian army started the construction of a 7-meter high wall along the Gazan border and will be equipped with electronic sensors.

They added that so far 1 kilometer of the wall has been built from the eastern side of Karam Abu Salem (Kerem Shalom).

The construction of the wall came in parallel with a concrete wall, whose construction started in February and almost half of it has been completed.

Both walls are within the Egyptian territories and the space between them is not more than 8 meters, the eyewitnesses said.

The Gaza-based Interior Ministry, under the Hamas group control since 2007, has not yet commented on the development.

Also, no statement has been issued on the construction work from the Egyptian authorities.

Since 2013, the Egyptian authorities demolished all tunnels between Gaza and Egypt, in addition, it created a buffer zone on the border areas with Gaza.

Since 2007, several understandings were reached between Hamas and the Egyptian security authorities to control the border area and to prevent any infiltration attempts.

Turkish stocks up at Tuesday open