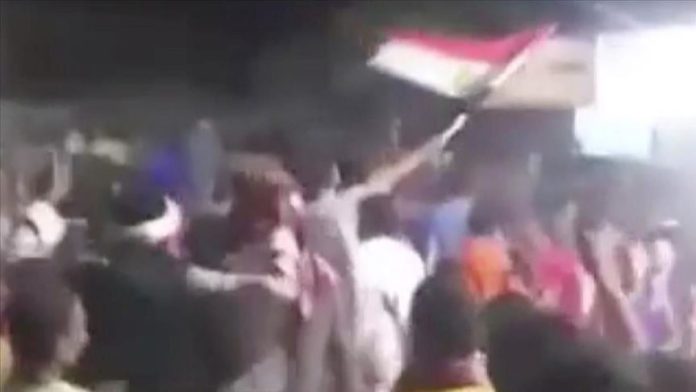 Called by self-exiled Egyptian businessman Mohamed Ali, hundreds took to the streets as part of demonstrations that started Sunday against President Abdel-Fattah al-Sisi and his government in the northeastern Giza governorate, according to social media and opposition news websites.

Demonstrations were also held in the southern Asyut governorate, as protestors shouted slogans and held up banners against the regime.

Police reportedly took intensive security measures in the capital Cairo and Giza, using tear gas on protesters in some areas.

In late September last year, Ali called for widespread demonstrations against the regime, resulting in thousands of protesters gathering in several large cities demanding the resignation of the Sisi government.

This year, Ali, who is now living in Spain as an exile, has again called for protests against the regime.

Upon the call, demonstrators showed up in different provinces to commemorate the previous year’s protests.