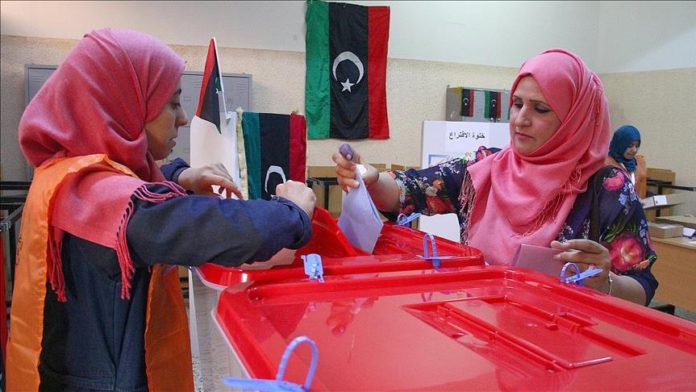 Tebboune arrived in the Egyptian capital Cairo on Monday for a two-day official visit.

“I agreed with the Algerian president on the importance of organizing the Libyan presidential and parliamentary elections simultaneously,” al-Sisi told a press conference following his talks with Tebboune.

Libya’s polls were scheduled to take place on Dec. 24 but were postponed over disagreements among the country’s political rivals. No new date for the vote has yet been agreed.

Meanwhile, al-Sisi said he agreed with the Algerian president on the importance “of reaching a fair agreement on the filling and operation of the Grand Ethiopian Renaissance Dam (GERD).”

Egypt and Sudan fear that the GERD will reduce the flow of water downstream, while Ethiopia maintains the dam is vital to addressing the country’s acute electricity shortage.

Years of negotiations between the three countries on reaching an agreement on the GERD have failed to make any breakthrough.

Al-Sisi said he also agreed with Tebboune on combating terrorism in a “comprehensive” sense, as well as developing cooperation in the economic and investment fields among other issues of mutual interest.

For his part, Tebboune stressed the need of the two countries to assume their “historical position” in Africa and on the global stage.

He also added that he agreed with al-Sisi “on the necessity of expanding consultations in preparation for the Arab summit in Algeria, which is scheduled for March.

Tebboune’s visit was the first by an Algerian president to Egypt in nearly 14 years when former President Abdelaziz Bouteflika visited Cairo in 2008.

Cairo is considered the third Arab destination for Tebboune since he was elected president in December 2019. He had visited Saudi Arabia in February 2020 and Tunisia last December.

In June 2014, al-Sisi visited Algeria in what was his first foreign visit after his election as president.

US stocks opens mixed despite surge in tech, oil companies