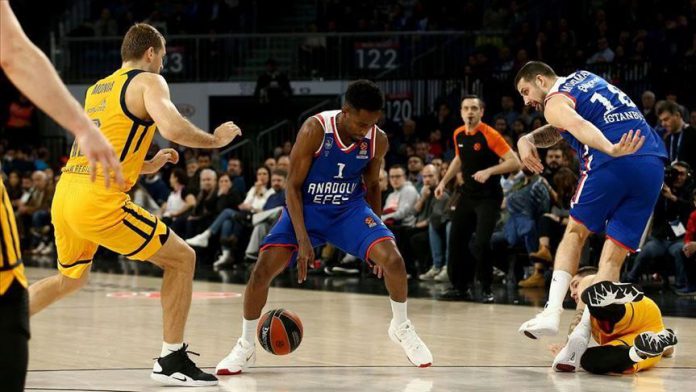 Anadolu Efes defeated Russia’s Khimki Moscow 101-82 in a Round 17 game Friday in the Turkish Airlines EuroLeague.

Small forward Jeremy Evans was the high scorer for Khimki with 15 points and nine rebounds.