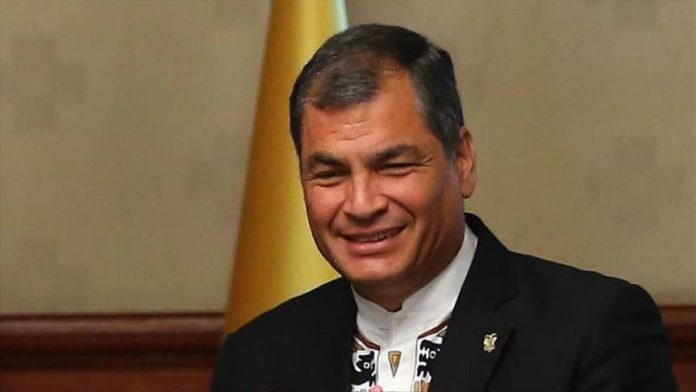 A court in Ecuador on Monday upheld a sentence handed down in April against former President Rafael Correa, preventing him from taking part in the 2021 presidential elections.

In its ruling, the National Court of Justice rejected the last legal instance to which Correa could appeal to have the judgement against him annulled.

Following the decision, Correa will not be allowed to run for vice president for the National Union for Hope (UNES) coalition next year and has been banned from participating in politics for 25 years.

“They finally succeeded. In record time, they issued a final sentence to disqualify me as a candidate. They don’t understand that all they do is increase popular support. I’ll be fine. Give all your solidarity to those who are persecuted there. Remember: the only thing they condemn us to, is to win,” he said on his Twitter account when the decision became public Monday evening.

Correa, who currently lives in Belgium, was sentenced to eight years in prison in April on bribery and corruption charges.

The court convicted him, former Vice President Jorge Glas and other former ministers and government officials on charges of accepting approximately US$8 million in bribes for his campaign in exchange for lucrative public works contracts.

The former president, who was in power for 10 years until 2017, has rejected the charges and blamed them on political persecution from former ally and current President Lenin Moreno.