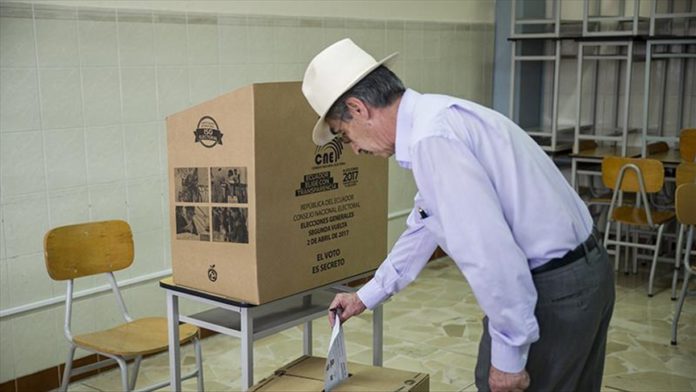 Voters in Ecuador will head to polls on Sunday in general elections to elect a president and vice president, members of the National Assembly, and representatives to the Andean Parliament.

The elections will be historic with an unprecedented number of presidential pairs participating, 16, as well as set to be held under coronavirus measures.

A total of 13 million Ecuadorians are eligible to vote to decide if they want to turn to the anti-imperial ideas of former President Rafael Correa or maintain the current path of President Lenin Moreno.

If no candidate wins the election in Sunday’s first round after failing to secure over 40% of the votes or garner 10% more of the votes won by the closest rival, there will be a second round on April 11 between the two frontrunners.

Successor’s inauguration ceremony will take place on May 24.

The polls will be held amid the coronavirus pandemic. Ecuador has registered nearly 255,000 COVID-19 cases and about 15,000 fatalities, according to a running tally of the US-based Johns Hopkins University.

Arauz, 35, served as minister and Central Bank director during Correa era, and he stated that Correa will be one of his advisors if he becomes president.

Seeking the presidency for the third time, Lasso, a 65-year-old businessman, served as former economy minister and aims to create one million jobs and implement universal health care if he assumes the post.

Former governor Perez, 51, positions himself against the policies of Correa, known as correismo.

Moreno, who assumed presidency in 2017, will not be running for re-election. Served as Correa’s vice president from 2007 until 2013, Moreno reversed the policies of his predecessor and pursued policies more friendly to international institutions and investors by promoting free trade, ending fuel subsidies and securing loans from the IMF.

His decision to scrap decades-old fuel subsidies as part of a reform package sparked massive nationwide protests in October 2019.

Ecuador’s general elections will be accompanied by 2,540 national electoral observers and some 260 international observers, according to the National Electoral Council.