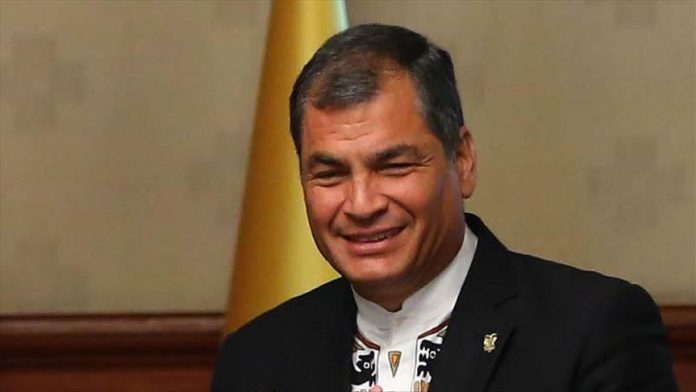 Ecuador’s former President Rafael Correa was convicted and sentenced in absentia Tuesday to eight years in prison on corruption charges.

Correa was convicted along his vice president Jorge Glas and 19 other high-ranking officials and businessmen who supposedly received $8 million in bribes in exchange for awarding contracts.

The court also banned Correa from participating in politics for 25 years.

Following the ruling, Correa tweeted the sentence is a form of political persecution intended to prevent him from returning to politics.

“Well, this is what they were looking for: taking control of the justice system to achieve what