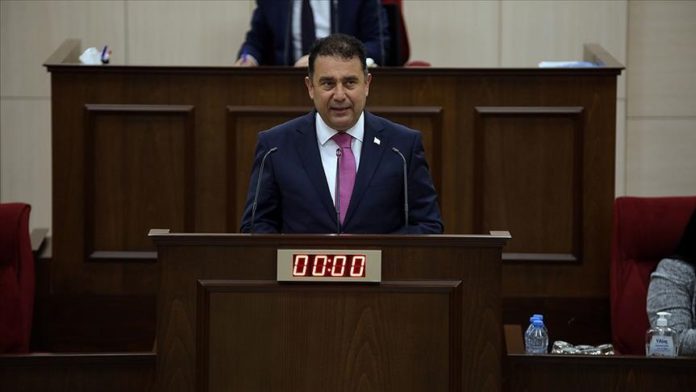 Job one for the new government in the Turkish Republic of Northern Cyprus (TRNC) will be economic recovery from the COVID-19 fallout, said the country’s new prime minister on Monday.

“Concluding negotiations with Turkey over an economic and financial cooperation protocol and forming a special committee to evaluate how the partial opening of the city of Maras, also known as Varosha, can help the economic recovery will be among our priorities,” Ersan Saner told the parliament in the capital Lefkosa, presenting the coalition government program.

Maras was partially reopened to the public on Oct. 8 after decades as a “ghost town” in the wake of the 1974 Peace Operation.

Cyprus has been divided into the TRNC in the north and Greek Cypriot administration in the south since a 1974 military coup that aimed to annex Cyprus to Greece.

Also underlining the coalition government’s foreign policy goals, Saner said: “We will continue to protect our rights to natural gas resources, which we co-own, and other rights and interests along with Turkey.”

The three-party coalition government was formed last week in the wake of elections this October in which then-Prime Minister Ersin Tatar was elected the country’s president, leaving the premier’s chair empty.

Ankara has sent drillships in recent months to explore for energy resources in the Eastern Mediterranean, asserting its own rights in the region, as well as those of the Turkish Republic of Northern Cyprus.

As winter approaches, food running out in Afghanistan, says UN