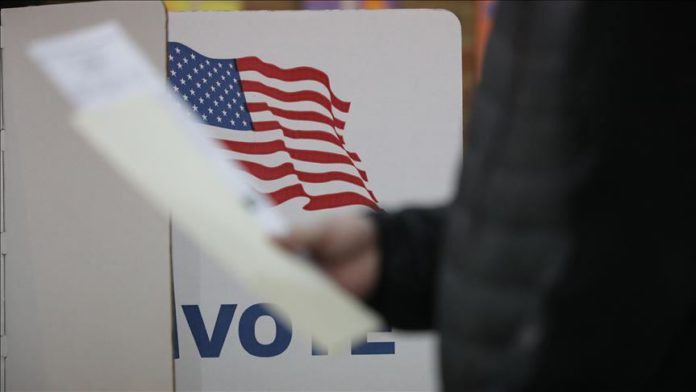 The US economy is the number one issue for American voters headed to the polls in November, according to a poll published Thursday.

The survey, however, shows Joe Biden is more trusted to lead the country during the coronavirus pandemic as health care becomes a hot-button issue in the election.

The joint Gallup-West Health poll gives the Democratic challenger a 52% – 39% edge.
While the results demonstrate each candidate is strongly supported by their respective parties, Biden comes out on top with key groups on better handling of the pandemic response.
“(A)mong independents, Biden is trusted (47%) over [Donald] Trump (40%),” Gallup said in a statement. “Trust in Biden is substantially higher among women (58% to 32%) and among young adults under the age of 30 (62% to 25%).”
But health care is only one of 16 major issues, according to Gallup, and it is not number one. The economy leads the list, according to findings released earlier this week.
“Nearly nine in 10 registered voters consider the presidential candidates’ positions on the economy ‘extremely’ (44%) or ‘very’ (45%) important to their vote,” said Gallup.
The six top concerns in voters’ minds are, in order of importance: terrorism and national security, education, health care, crime, response to the coronavirus and race relations.
Also released Thursday was a poll that showed a significant number of voters lacked confidence that the Nov. 3 presidential election results will be accurate.
Only 51% said they are “very” likely or “somewhat confident” that the election will be accurately cast and counted.
Republicans and those leaning toward casting ballots for the party are only 44% certain that the election results will be accurate, no doubt reflecting Trump’s insistent remarks that the validity of the vote will be suspect due to postal service delays and mail-in voter fraud amid the pandemic.
That is far less than Democrats and those leaning toward voting for the party, at 74%.
The figures are lower than in most prior elections, Gallup said.

Poll conducted using a random sample of 905 adults, aged 18 and over, including adults from all 50 US states, and the District of Columbia, who are eligible to vote, according to Gallup.