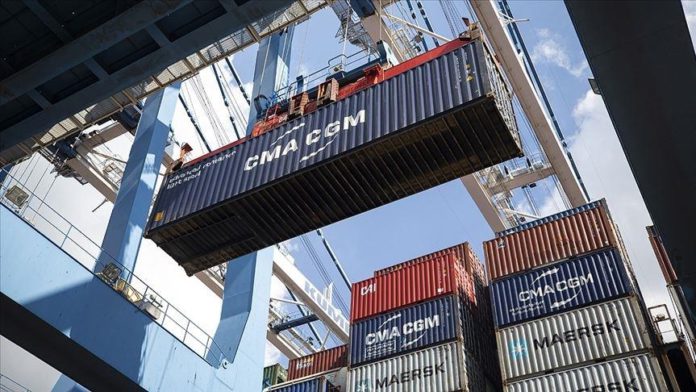 Amid US sanctions against Turkey, an international economist said on Tuesday that Turkey’s export sector is its “big strength.”

“Turkey has a big strength: its hugely competitive export sector,” Robin Brooks, chief economist at the Washington-based Institute of International Finance, tweeted. “Just look at how much Turkey’s exports rose pre COVID-19 versus other emerging markets.”

He said the Turkish economy’s two main vulnerabilities are credit stimulus, which will level up imports, and weak recovery in Europe, which takes nearly 50% share in its total exports.

He said there is relief in markets that Turkish lira handled the US sanctions “as well as it has.”

“But the big picture remains that Lira has underperformed the rest of emerging markets,” Brooks said in another tweet. “Huge opportunity for catch-up, which can happen with just small actions from the great new policy team…”

In November, Turkey replaced its central bank governor, appointed a new finance minister, and increased the key interest rate by 475 basis points to 15%.

The US has imposed sanctions on Turkey for purchasing the Russian S-400 missile defense system.