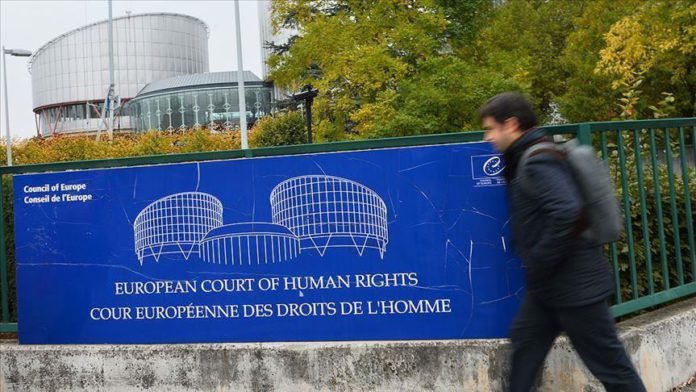 In a Thursday ruling, the European Court of Human Rights (ECHR) found France’s highest court in violation of the European Convention on Human Rights over the criminal conviction of activists with the Boycott, Divestment, and Sanctions (BDS) in 2015.

The high court’s ruling is seen as a major blow to Israel’s actions on Palestine solidarity.

The unanimous decision by the European Court came in their finding over the conviction of BDS members who advocated nonviolent boycotts of Israeli goods. The ECHR found that the French court’s doing so violated Article 10, freedom of expression, of the European Convention on Human Rights.

BDS is a Palestinian-led movement that advocates for freedom, justice, and equality for Palestinians with the tenet that all Palestinians are entitled to rights equal to the rest of humanity.

The French courts had found 11 French activists guilty of “incitement to discrimination” in 2009 and 2010 when they had boycotted Israeli goods by conducting peaceful protests in supermarkets. The move was done in solidarity with Palestinian’s attempts at justice and equality.

The ECHR ruling runs parallel to global action in the Palestinian community over Israel’s ongoing plans to annex major parts of the occupied Palestinian territory in the West Bank.

Speaking on behalf of BDS, Rita Ahmad called the court ruling a victory for freedom of expression, for human rights defenders, and for the BDS movement.

“This is a major legal blow to Israel’s apartheid regime and its anti-BDS lawfare. At Israel’s behest, European governments, especially in France and Germany, have fostered an ominous environment of bullying and repression to silence Palestinian solidarity activists,” she said.

“Europe is deeply complicit in Israel’s occupation, siege of Gaza, and slow ethnic cleansing of indigenous Palestinians in Jerusalem, the Jordan Valley, and elsewhere,” Ahmad professed. “For as long as this complicity continues, BDS campaigns will too.”

Israeli Prime Minister Benjamin Netanyahu had announced that his government intended to annex the Jordan Valley and all settlement blocs in the West Bank early next month.

The annexation comes as part of US President Donald Trump’s “Deal of the Century,” which was announced on Jan. 28. It refers to Jerusalem as “Israel’s undivided capital” and recognizes Israeli sovereignty over large parts of the West Bank

Alanyaspor to face Rosenborg in EL 3rd qualifying round