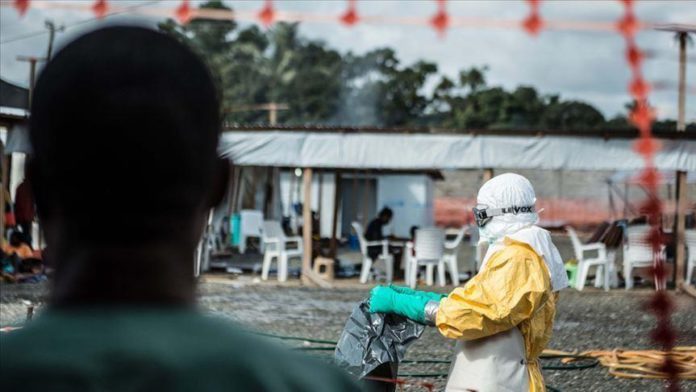 An Ebola outbreak in Guinea that started in February has been declared over, the World Health Organization (WHO) said on Saturday.

The deadly virus, which infected 16 people and killed 12, emerged in the rural community of Goueke in N’Zerekore prefecture.

Ebola, a tropical fever that first appeared in 1976 in Sudan and the Democratic Republic of Congo, is transmitted to humans from wild animals. It causes severe bleeding and organ failure and is spread through contact with body fluids.

“I commend the affected communities, the government and people of Guinea, health workers, partners and everyone else whose dedicated efforts made it possible to contain this Ebola outbreak,” said Tedros Adhanom Ghebreyesus, the WHO chief.

Matshidiso Moeti, the WHO regional director for Africa, also congratulated the government and the people of Guinea for ending the Ebola outbreak.

“Thanks to new innovations and lessons learned, Guinea managed to contain the virus in four months,” she said.

The WHO said it helped ship around 24,000 Ebola vaccine doses and supported the vaccination of nearly 11,000 people at high risk, including over 2,800 frontline workers in the West African country.