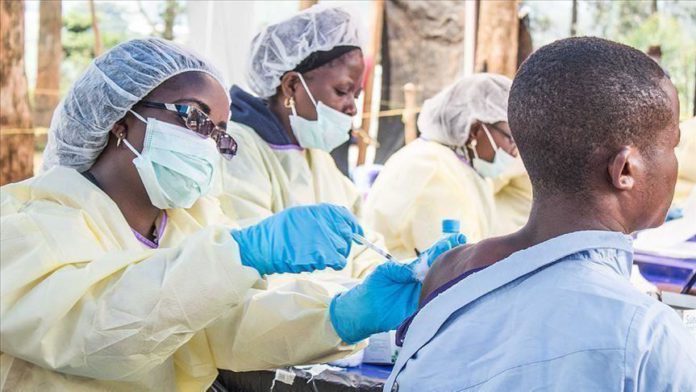 Despite poor health infrastructure, the African continent baring few countries has so far fared well in combating the COVID-19 or coronavirus pandemic compared to other continents.

The 54 countries in the continent with a total population of 1.2 billion have so far recorded 1.07 million cases with 24,256 deaths and 769,023 recoveries. In comparison, India with almost the same population (1.3 billion) has recorded 2.4 million infections with 48,040 deaths.

Speaking to Anadolu Agency, Dr. Raji Tajudeen, said the lower numbers could be because the countries in Africa have not gone for mass testing. But he added the lower number of fatalities could be attributed to comparatively a younger population in the continent.

There has been a 9 % increase in the number of COVID-19 cases in the African continent during the second week of August compared to an 13 % increase recorded during the previous week, according to Worth Health Organization (WHO) Africa.

The COVID-19 recovery rate in Africa stood at 72%, a figure which the director of the Africa Centre for Disease Control and Prevention (Africa CDC) described as ‘good news’. The fatality rate stands at 2.26%.

According to the US-based Johns Hopkins Coronavirus Resource Center, South Africa has reported 572,865 cases with 11,270 deaths. Egypt at the northern end of the continent has reported 96,108 infections with 5,107 deaths.

“More than 80% of COVID-19 cases in Africa are asymptomatic and mild cases,” said Tajudeen, who heads Public Health Institutes and Research Division at the Africa CDC.

He said, while most of the countries in the continent have responded well to the pandemic, but there is a chance that fatalities data may be incomplete. He said South Africa owes more cases to mass testing. Out of nine million tests conducted in Africa so far, South Arica has contributed to over a third of the tests.

“We have the suboptimal capacity to respond to the pandemic in Africa. Our health systems are quite fragile. We have no modern facilities and we have critical gaps in human resources in the health sector and access to essential medical supplies remains a huge challenge,” he added.

But he said the proper leadership, coordination, and resource mobilization efforts by the African Union through the Africa CDC did save the continent. Further, the lessons learned from past epidemics like Ebola played a key role to respond to the COVID-19 pandemic.

Another factor that prevented fast transmission of the pandemic was the rudimentary transportation system in the continent. John Nkengasong, director of Africa CDC believed the less mobility also played its part in saving Africa.

The Ethiopian government last week launched a massive community mobilization and testing campaign that sets out to accomplish as many as 200,000 laboratory tests for COVID-19 in two weeks.

Health Minister Lia Tadesse said her ministry had anticipated 1.8 million cases in mid-July, but so far, the country has confirmed only 26,204 cases and 479 deaths.

Prime Minister Abiy Ahmed said his country has managed to fight the pandemic by domestic production of face masks and sanitizers.

The country has so far reported 18,118 cases, including 401 deaths and 16,540 recoveries, according to the country’s Health Minister Dr. Manaouda Malachie.

Mobile teams have been divided into four groups as sensitization, reception, testing, and lab technicians, the ministry said.

“Mobile screening is a strategy where we create teams of health personnel who sensitize the population, offer to counsel and collect samples on the spot,” said Dr. Blaise Akenji, a clinical biologist.