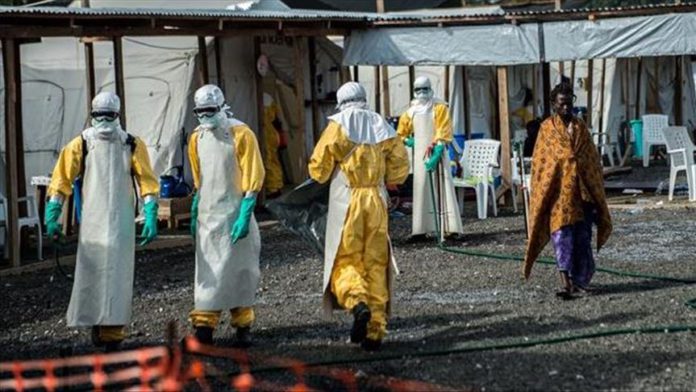 Ebola healthcare providers in the Democratic Republic of Congo have embarked on a one-day strike, local media reported on Friday.

The strike paralyzed the care activities for Ebola patients for a few hours in the Ebola Treatment Center in Mbandaka, the capital city of the northwestern Equateur province, as the workers asked for the payment of their allowances.

So far there are 77 cases, with 73 confirmed and four probable, as well as 33 deaths, and 29 recoveries from the 11th Ebola virus outbreak in Mbandaka, the WHO African Region tweeted on Friday.

The WHO had also expressed concern over the 11th Ebola outbreak, and that it deployed over 70 experts in the DRC to help the country fight the outbreak.

The UN health agency and the DRC government in June declared the country was free from the 10th outbreak.

Starting in North Kivu on Aug. 1, 2018, the epidemic was the second-largest outbreak in the world, and particularly challenging as it took place in an active conflict zone. There were 3,470 cases, 2,287 deaths, and 1,171 survivors, according to the WHO.