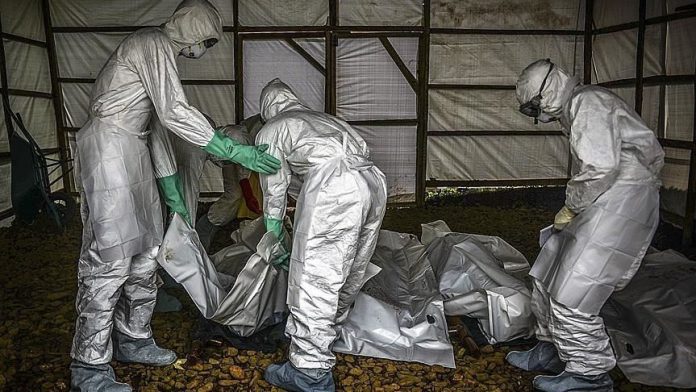 Alongside several deadly epidemics, Ebola continues to claim the lives of thousands of Africans on the continent where the viral disease had first appeared.

Ebola first appeared in 1976 in Sudan and the Democratic Republic of Congo.

The Ebola virus, according to the World Health Organization (WHO) “is transmitted to people from wild animals (such as fruit bats, porcupines, and non-human primates) and then spreads in the human population through direct contact with the blood, secretions, organs or other bodily fluids of infected people, and with surfaces and materials (e.g. bedding, clothing) contaminated with these fluids.”