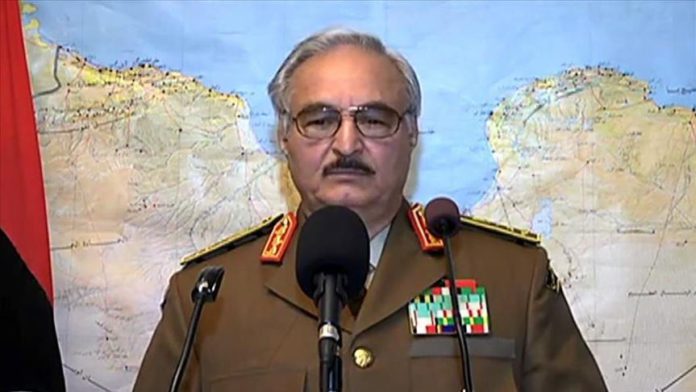 Members of the East Libya-based parliament on Monday rejected an attempted coup by the warlord Khalifa Haftar.

This came in a statement issued by 11 prominent members of the Tobruk-based parliament in which they stressed support to a peace initiative proposed by its speaker Aguila Saleh.

The parliament “fully supports Saleh’s initiative as a final political solution to the Libyan crisis.”

Notably, the parliament currently holds its sessions with only some one-fifth of its 200 lawmakers.

The lawmakers called on all sides to accept the initiative, asserting it comprises “a mechanism of selection and decision-making, a fair distribution of wealth between regions and the appointment of a new committee of experts to develop a consensual constitution.”

With the continuous defeats of Haftar in the battlefield against Libyan government forces, Saleh announced late April a proposal to reach a political solution to the crisis.

Immediately after the proposal, Hafter declared himself the sole ruler of Libya, dropping the UN-brokered Skhirat agreement signed in 2015 between Libyan warring sides, the move which was condemned by international actors and regional allies.

Haftar, however, was unable to overthrow the Tobruk-based House of Representatives and its speaker Saleh — who was seen as a subordinate of Haftar — as he enjoys major tribal support in East Libya.