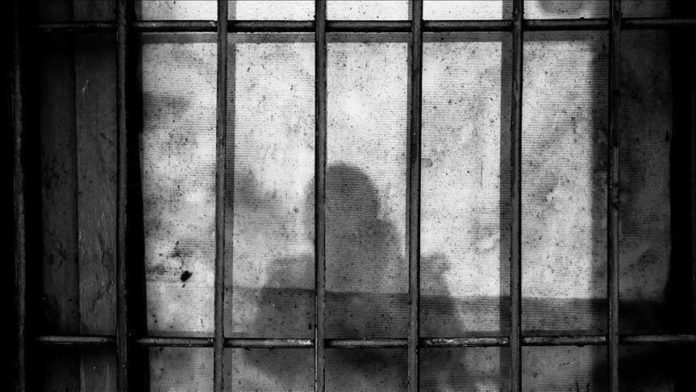 The rich actress was not doing it as a hobby but was serving a prison sentence after being convicted of a homicide that killed her fellow actor. Though the court had gave her a two-year prison sentence, afterwards she got engaged in community service, with her sentence reduced to just six months.

In 2013 the actress, 25, won the Zanzibar International Film Festival award for Best Actress for Woman of Principles.

Over the past many years, many East African countries are using community service to punish small-time criminals to de-congest overcrowded prisons.

Under a new initiative, mostly women convicts, who have committed petty crimes linked to their poverty, are serving community service sentence rather being kept behind the bars.

“I enjoy doing this work. It makes me forget all the miseries of being in prison, and time also passes out so quickly,” said Jesca,36, who is serving a one-year sentence for committing forgery.

She said learning to stitch has improved her self-esteem and discipline as the job needs patience and dedication.

A 2018 report on global prison trends, published by Penal Reform International (PRI) — an independent group, working to develops effective responses to criminal justice system –, says that increasing use of non-custodial sentences and social interventions have helped to reform prisoners and reduce crimes in the society.

In Kenya, PRI in league with the government is implementing an innovative project to break the circle of poverty by improving and increasing community services, especially for women.

Under the project, funded by the Thailand Institute of Justice (TIJ), the inmates are economically imparted vocational skills to lift them out of poverty, which is often cited as the reason for petty crimes.

The prisoners, once completing sentence are given financial assistance to start small businesses such as selling cereals, groceries, establishing poultry farms or engage in carpentry.

Speaking to Anadolu Agency, an inmate Christopher Joroge from Kakamega, said he does not regret now being inside the prison, as he utilized the time to learn a lot of skills. Soon after he served his sentence in 2018, he was given financial assistance to procure a tool kit to work as a mason. He learned masonry in jail.

“I can earn a living now without stealing,” he said.

Lewis Otieno, a probation officer in Kakamega, said the former inmate is now fully integrated into the society and he takes care of his family as well.

In Rwanda, till recently people convicted for crimes related to the 1994 genocide were only assigned to community service punishment. But it has not been extended to minor offenses.

Kenya has so far taken lead in handing over community service penalties. The number of offenders serving noncustodial sanctions has increased from 43,145 in 2004 to 456,617 in 2018, according to statistics from the country’s Department of Probation and Aftercare Services.

The number of community service orders imposed by Tanzanian courts has also doubled from 748 in 2011 to 1,498 in 2015, according to official data.

According to him, courts must embrace noncustodial alternatives to prevent defendants needlessly from serving short sentences, that only create further obstacles in their abilities to become good citizens.

“At the moment our prisons are overcrowded. The community service penalties are a way forward for small offenses,” said Charles Nsanze, the official in charge of probation and community service at Tanzania’s prisons department.