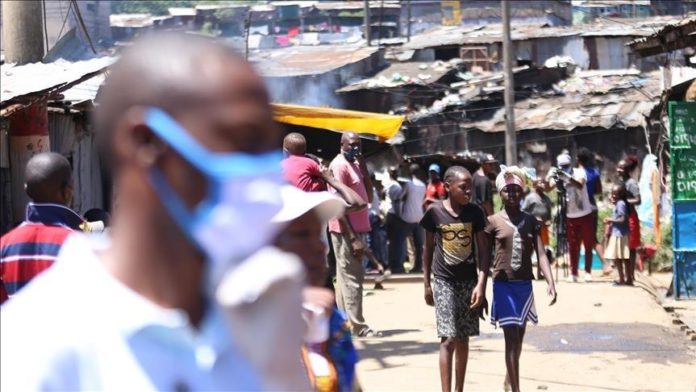 East Africans are bracing to bid adieu to 2020 and welcome 2021 amid restrictions and cautions by the government to observe social distancing norms and abide by curfew restrictions.

In Kenya, people have taken to social media to express their disappointment after the police directed people to celebrate the arrival of New Year from their home. In normal times, Nairobi’s central business district used to be a hub of midnight celebrations with a display of dazzling fireworks and dancing on New Year’s eve.

“It is only on the midnight of Dec. 31 that children would go running around dancing while getting hypnotized by the spectacular fireworks way past their bedtime. This year the streets are silent. It is a sad year indeed. I wish the government had at least allowed us to celebrate under scrutiny from security officers,” Lydia Magero, a 33-year-old college student from the Kenyan capital Nairobi told Anadolu Agency.

Many others also shared his sentiments.

In Kenya a predominantly Christian nation, people used to worship to welcome the New Year. Religious leaders have pleaded with the government to relax COVID-19 restrictions to allow the Christian community to usher in the New Year with prayers. So far, the government has chosen to ignore the pleas, citing the safety of Kenyans.

Religious leaders had argued they would pray for the country’s future and to overcome the effects of COVID-19. Rev. Boniface Simani urged the government to provide security to worshippers during the night, instead of imposing restrictions.

“We should unite as a country in our places of worship, the president should remove that directive because it is a new year, it is only one night, just some few hours where worshippers can congregate and pray for the country, “he said.

“Our New Year prayers are powerful, everybody prays for the nation and the world, people have been banned from the streets, from houses of worship and from hosting celebrations, this is terrible, we need to pray for the world, “he said.

Kenya’s Inspector General of police Hilary Mutyambai said security has been deployed to ensure enforcement of curfew. He asked people to stay indoors.

“All public end of year festivities such as musical concerts, overnight prayers, fireworks display has been banned this time around due to the existence of COVID19. As you keep safe to remember that curfew hours, traffic rules remain in place and will be enforced by the police,” said Judith Nabakooba the country’s information minister.

Speaking to Anadolu Agency, Juliet Namono, a Ugandan accountant said it is very unfortunate but hastily added that it may be necessary this time to enforce such regulations that may seem draconian.

“We have lost loved ones to this disease. I have lost a very close friend if it was my wish. They should have allowed the prayers. But I feel the laws are there to keep us safe especially with the new strain of COVID-19,” she said.

Namono said since the daily infections are at a record high, she called people to stay at home and avoid large gatherings.

To prevent large gatherings, the Kampala Metropolitan Police carried out a crackdown on bars that were not following restrictions. At least, 329 people were arrested.

On the other hand, tourists and flocking to Tanzania to celebrate New Year.

“We are ready to party, we can’t wait to usher in a New Year which I am sure will be prosperous and full of blessings. Our government has taken good care of us and eradicated COVID-19 within our borders. Tourism is back where it was, many foreigners are coming to our country, even from our neighborhood. Kenyans are coming here to enjoy the festivities,” Elimu Baraka Erevu from Dodoma Tanzania told Anadolu agency.

Hordes of tourists are flocking to Tanzania as fears over the coronavirus pandemic are fading in the country, raising hopes for the country’s hardest-hit tourism sector, which is emerging from the ravages of the deadly pandemic.

The Rwandan government has also confirmed that there will be no display of fireworks in the capital Kigali. Earlier the Marriott Hotel had been permitted to display the fireworks but the decision was later rescinded.

Other East African countries have followed suit and enforced lockdowns and curfews during the New Year festivities as more dangerous strains of COVID-19 emerge posing a danger for their citizens.

Over 2 tons of drugs seized in southeastern Turkey