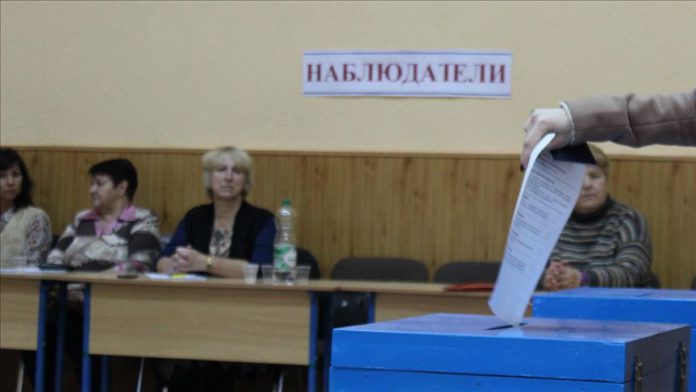 Early voting began in Belarus on Tuesday ahead of presidential elections on Aug. 9.

The early polls were organized so that people who will be absent on the main election day can cast their ballots, the Central Election Commission (CEC) said in a statement.

Belarus is holding presidential elections for the sixth time since attaining independence in 1991 with incumbent Alexander Lukashenko, who has been in office since 1994, seeking another term.

All past presidential elections in Belarus were more or less disapproved by international election observers, and this year’s campaign has faced even stronger criticism as it has been seeing one scandal after another.

The arrests of Lukashenko’s principal rivals, which did not raise much concern in previous years, this time prompted people to take to the streets.

Hundreds demonstrated over the arrest of former banker Viktor Babariko — seen as Lukashenko’s main rival — on charges of embezzlement and fraud.

Opposition candidate Svetlana Tikhanovskaya decided to run in the election in place of her husband — blogger and entrepreneur Sergey Tikhanovsky — after he was detained by police.

She managed to gather a rally which was believed to be the largest in Belarus since 1991 with an estimated 60,000 participants.

The election is unlikely to be recognized by the West as it lacks international observers. The CEC neglected to send timely invitations to international bodies, including the main European office for observing the polls — the Office for Democratic Institutions and Human Rights (ODIHR) of the Organization for Security and Cooperation in Europe (OSCE).

The ploy of creating a unified state with Russia did not work this year as voters have seen it at each presidential election since 1994. First Lukashenko shows how he is making great efforts to establish a truly allied state enjoying equal rights with Russia and then quits negotiations, citing Moscow’s “imperial ambitions” as a reason.

However, this year disagreements with Russia went further as 33 Russian nationals were detained in Belarus over allegations of interference in the election, which Moscow denies, saying the group was heading to a third state using Minsk as a stopover as Belarus did not interrupt international aviation traffic because of the coronavirus and therefore had more international flights.

In addition, Lukashenko — who publicly doubted the existence of the coronavirus at the beginning of the pandemic, calling it a “psychosis,” criticizing Russia for closing its border for quarantine and advising people to treat the infection with vodka, saunas and driving tractors — suddenly announced that he had gotten over an asymptomatic form of COVID-19.

As surveys show a decline in Lukashenko’s popularity and growing sympathy for the opposition, experts say Belarus can repeat Ukraine’s scenario, and the country’s president — a representative of the old Soviet nomenklatura — can be replaced in a coup d’état by a new generation politician.