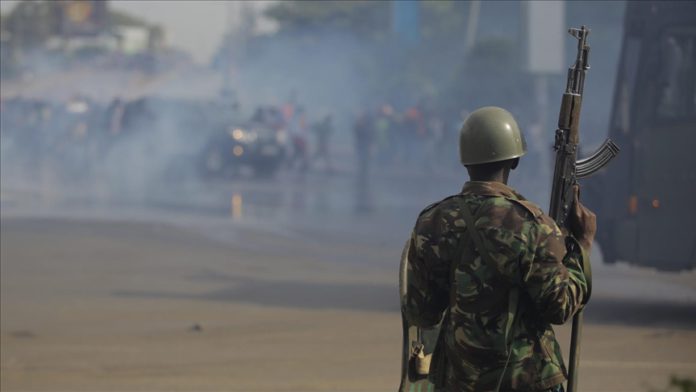 A new report released in the Kenyan capital Nairobi Thursday revealed that governments in East Africa used the COVID-19 pandemic, which has affected the health and economies of the countries, to threaten civil liberties and democracy as a whole.

The report by the Friedrich Naumann Foundation for Freedom (FNF) sought to get to the forefront of protecting and promoting civil liberties in East Africa.

“The crisis has presented an opportunity for authoritarians to strengthen their grip on power and further erode core civil freedoms. This has been especially acute in East Africa where general elections in Tanzania and Uganda have seen an intensification of power abuse and restrictions on freedom of assembly, speech and media,” the report said.

Inge Herbert, the FNF regional director, told a launch conference in Nairobi that “we have witnessed how authoritarian regimes such as John Magufuli [President of Tanzania] and Yoweri Museveni [President of Uganda] have used the pandemic as a pretext to strengthen their grip on power and limit freedom of assembly, speech and social media especially before, during and after elections.”

Nicholas Opiyo, a Ugandan human rights lawyer, who was handcuffed, blindfolded, and whisked away by police in December 2020, was also present at the meeting virtually. He could not join the launch in Nairobi as he is facing money-laundering charges.

Opiyo said, “Respect for the rule of law and civil liberties, in particular, appears to be in steep decline in East Africa. Governments in the region have enacted legislation, instead of promoting civil liberties, restrict the space for their enjoyment. In Uganda, social media and the entire internet were shut down for weeks during the elections, and civil society activists monitoring the elections were arrested and imprisoned. Some are still facing charges.”

The FNF hoped the new research will help fight back authoritarianism and anti-democratic practices.

According to the report, the top concerns of citizens in East Africa are corruption, unemployment, poverty, health care, and abuse by police.