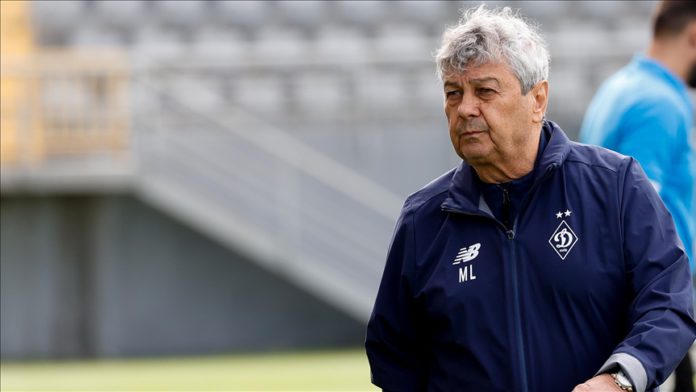 Despite the ongoing Ukraine-Russia conflict, Dynamo Kyiv football club will be back home to play their domestic league matches after the team completes the 2022 overseas winter camp next week.

Dynamo Kyiv manager Mircea Lucescu told Anadolu Agency on Tuesday that the claims about keeping the team in Turkiye due to the Ukraine-Russia border crisis are “completely fictive.”

Lucescu said that a Romanian journalist had claimed this and then it went viral as “fake news.”

Dynamo Kyiv will take on Inhulets in a Ukrainian Premier League match scheduled to be held on Feb. 26 at NSK Olimpiyskyi, Kyiv.

Tensions between Russia, Ukraine, and the West escalated after the US issued a stark warning on Sunday, saying the latest intelligence reports show that Russia could launch a military attack against Ukraine “any day now.”

Ukraine has been plagued by conflict in its eastern regions since March 2014, following Russia’s annexation of Crimea.

Kyiv said Moscow recently amassed more than 100,000 troops near Ukraine, prompting fears that the Kremlin could be planning another military offensive against its ex-Soviet neighbor.

Romanian manager Lucescu also said that Dynamo Kyiv started their winter tour in Spain’s Alicante on Jan. 17, and the club arrived in the Turkish Mediterranean province of Antalya on Jan. 31 to go on their mid-season preparations, and they planned it three months ago and the club’s plans have never changed.

Lucescu stated that they will stay in Antalya until Feb. 22 and added that the conflict between Ukraine and Russia is not on Dynamo Kyiv’s agenda.

The 76-year-old also said that he is not scared and will appear in every part of Ukraine to manage his team Dynamo Kyiv, and added that during the 2014 crisis that gripped eastern Ukraine, he was in Donetsk to manage his old club Shakhtar Donetsk.

Shakhtar Donetsk hired Lucescu in May 2004, kicking off a long-term project and he coached the senior team until May 2016 to win local titles and the 2009 UEFA Cup, which is the Pitmen’s only European trophy.

During the tenure of the Romanian manager, Shakhtar Donetsk dominated Ukraine by winning eight league titles.

Shakhtar Donetsk were previously forced to leave their sumptuous home ground, the Donbas Arena in Donetsk, once the fighting broke out between Kyiv and Russian-backed separatist forces in 2014.

*Writing by Can Erozden in Ankara