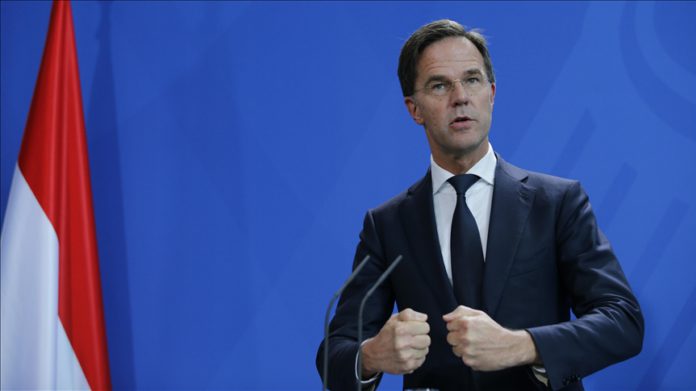 Dutch prime minister on Wednesday reiterated his country’s support to Ukraine amid rising tension with Russia.

Following a meeting with Ukrainian President Volodymyr Zelensky in the Ukrainian capital Kyiv, Mark Rutte told a joint news conference that the current escalation is worrying.

“Every effort must be made to defuse escalation and tension. I believe that the only solution to de-escalation is diplomacy,” he added.

Warning Russia not to further escalate, Rutte said: “The Netherlands is very clear that further aggression against Ukraine will have serious consequences. In the EU, we are working in partnership with the United States to prepare a strong package of sanctions. The Netherlands will support Ukraine as soon as it can. We say that we offer our help, in particular, in repelling cyberattacks.”

Stressing that the current situation is harming the country’s economy, Zelensky said the Netherlands is the second-biggest investor in Ukraine.

* Written and contributed by Ahmet Gencturk in Ankara