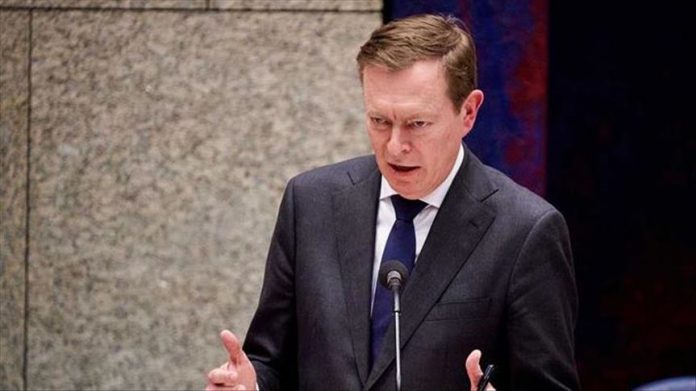 The Dutch health minister who fainted at a coronavirus meeting has resigned, local media reported Thursday.

Bruins collapsed Wednesday during a parliamentary meeting on the fight against the virus known as COVID-19.

He said on Twitter he collapsed due to exhaustion but is feeling better.

COVID-19 emerged in Wuhan, China last December, and has spread to at least 160 countries and territories. The World Health Organization declared the outbreak a pandemic.