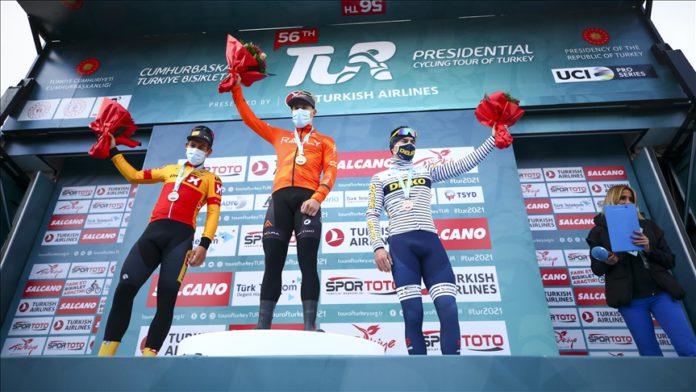 The Tour of Turkey has started in the central province of Konya rather than Nevsehir due to harsh weather conditions in the region.

“#TUR2021’s 1st stage from Nevsehir to Urgup is canceled due to heavy snow. See you next time Nevsehir!” Tour of Turkey had said on Twitter.

De Kleijn, the 27-year-old cyclist who is part of the US Rally Cycling team, completed the 72.4-kilometer (nearly 45 miles) track in one hour, 35 minutes and 38 seconds to win the race.

The second stage will be run in Konya on Monday as well and the length of the track will be 144.9 kilometers (90 miles).

There are eight stages in this year’s Tour of Turkey as the final leg will be held between Bodrum and Kusadasi, in the country’s west.

Football: Sivasspor to take on Qarabag in Europa League