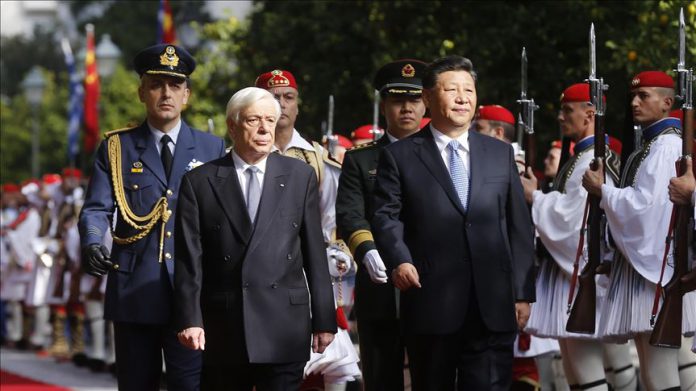 Chinese President Xi Jinping’s official visit to Athens on Monday saw the signing of 16 agreements in a host of areas, most notably using Greece as a gateway to Western markets.

Xi met with his Greek counterpart Prokopis Pavlopoulos and Prime Minister Kyriakos Mitsotakis during his visit.

During the visit, among the bilateral agreements signed was one to ease obstacles to China’s Cosco Group investment in the port of Piraeus.

The pacts also include an extradition agreement, the Bank of China opening a branch in Athens, and TV and radio program exchanges.