TurkishPress
Home Sports Durant expected to be out for 4-6 weeks due to left knee... 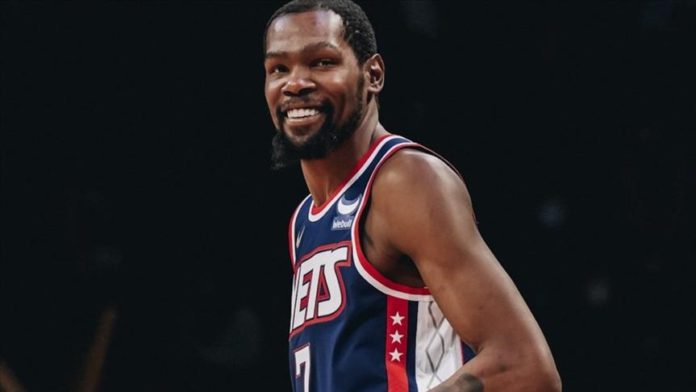 Kevin Durant has suffered a left knee sprain, the Brooklyn Nets announced on Sunday, with the franchise expecting a four to six-week rehabilitation before his return, according to an insider.

Following an MRI this morning, Kevin Durant was diagnosed with a sprained medial collateral of the left knee,” the Nets said in a statement. “Durant is expected to return to full strength following a period of rehabilitation. Updates regarding his return will be provided as appropriate.”

NBA insider Adrian Wojnarowski said his rehabilitation process could take up to six weeks. “There’s optimism within Nets that will be a four-to-six week rehab and return for Kevin Durant, sources tell ESPN,” he tweeted.

The 33-year-old was injured in the Nets’ 120-105 win over the New Orleans Pelicans on Saturday when his teammate Bruce Brown flew into his knee.