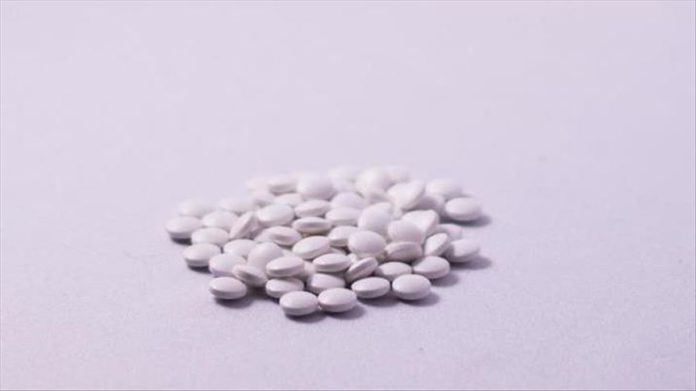 Coinciding with the International Day against Drug Abuse and Illicit Trafficking observed on Friday, the Doctors Association in Kashmir asked the public to help combat the deadly menace before it is too late.

“It is baffling and horrific,” Dr. Suhail Naik, the head of the association, told Anadolu Agency.

From 15% heroin abuse recorded in 2016, it has now gone up to 90%, said doctors at a government de-addiction center in Srinagar, the main city in the region.

Data accessed by Anadolu Agency at a de-addiction center also reveals that there has been a surge in the number of patients visiting the center, which operates under the main city hospital.

The numbers witnessed a further surge in 2018-19 when 5,113 patients sought medical help.

From April to June 2019, another 1,095 patients, who visited the center reported drug abuse.

Even during the communication clampdown and lockdown period followed by India’s decision to revoke the special semi-autonomous status of the region last year on Aug. 5, there was no decrease in the drug abuse cases.

According to data available with the main Srinagar hospital, it received 3,319 patients from July to November 2019.

“Most of the patients we have been receiving from the last three years are heroin addicts and there is a drastic increase in their numbers now,” said Dr. Yasir Rather, a consulting psychiatrist.

“We have been receiving patients of less than 14 years which is more alarming,” he added.

The more worrisome trend that many patients even after getting treatment once again turn to drugs when they join the society.

At the Institute of Mental Health and Neurosciences, Afaan,18, has severe body pain. He is feeling dizzy for over the last 13 hours after quitting heroin.

It is the fifth time that the boy belonging to the border area of Tangdhar, Uri has relapsed back to the heroin abuse and has been admitted to the hospital.

“I want to leave this abuse but it is not letting me come out from it,” said Afaan.

Such patients relapse many times before being admitted for treatment, Dr. Saleem Yousuf dealing with addiction cases told Anadolu Agency.

He said that hard drugs like heroin and cocaine bring permanent changes into the human system, once an individual gets addicted.

“It is not easy to come out of this web,” he said.

Social activists in the region believe that it is a big underground narcotic nexus that targets youth and children.

Speaking to Anadolu Agency, a social activist on the condition of anonymity said people especially youth are lured into drug net intentionally with a purpose.

Social and medical experts in the region argue that the best way to deal with the menace is to cut down the availability of drugs. The question, if the security agencies can track down militants, why they are unable to track down peddlers and drug mafia, who have spoiled lives of children?

Dr. Naik said that while the political conflict has consumed many generations in the region, the latest menace of drug abuse is starting to spoil youth and children.

“We need to unmask those faces who are running this drug racket before it is too late and the government must act fast on it,” he said.