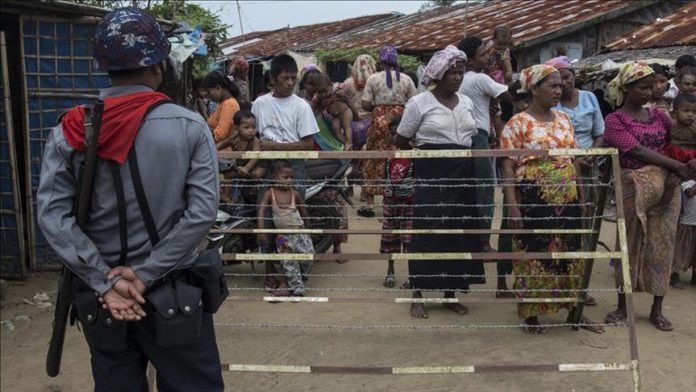 Myanmar’s recent move to drop charges against over 100 Rohingya was “just an eyewash” meant “to cheat the international community,” according to a Rohingya advocacy group.

A Myanmar court on April 8 dropped charges against more than 100 Rohingya who were facing criminal charges for “illegal travel” — from one part of the country to another — in the country after fleeing western Rakhine state.

“For Rohingya, who have been living in Myanmar for centuries, traveling inside the country cannot be illegal,” said Mohammad Ayyub, president of the Rohingya Solidarity Organization.

He further claimed that detaining these Muslim minorities