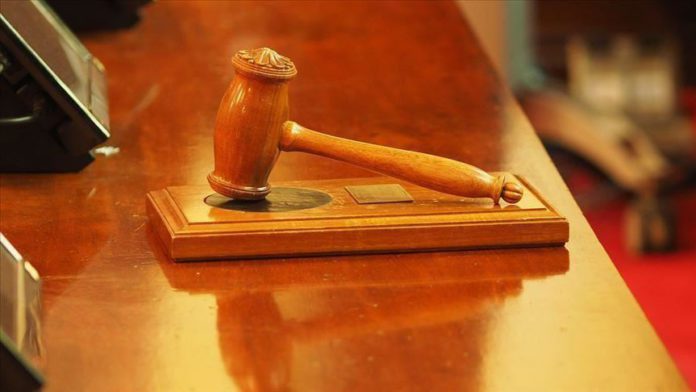 India saw a significant drop in the number of rape cases during the recent coronavirus lockdown, but women’s rights groups say it’s no cause for celebration.

Rape cases in New Delhi, regarded as the “rape capital of the world,” fell sharply in the first phase of the lockdown.

The city alone reports over 2,000 cases a year.

Experts, however, say the drop is no reason to cheer, as this could mean that most women could not report such crimes as their perpetrators remained at home due to the lockdown.

Speaking to Anadolu Agency, Swati Maliwal, chairperson of the Delhi Commission for Women, pointed out that since most rape cases in India are committed by close family members, low numbers could mean that cases have actually increased.

“Just because there was less reporting does not mean that the mentality has changed overnight. As we are seeing now, as the curbs are easing, more and more cases are getting reported,” she said.

In a recently reported case of brutality, the rape and strangulation of a 13-year-old girl in her village in northern India’s Uttar Pradesh state has sparked an outcry and rekindled anger against the deep-seated patriarchal system.

The teenager, a resident of Lakhimpur Kheri village in eastern Uttar Pradesh, had gone to some agricultural fields Friday but did not return home later that evening. Her body was found in the fields the next morning on India’s 74th Independence Day on Aug. 15.

In a publicly released statement, the local superintendent of police, Satyendra Kumar, confirmed that the girl was raped and murdered and two men had been arrested.

“We have filed charges for rape, murder and the POCSO Act [Protection of children from the offenses of sexual assault, sexual harassment and pornography] and also booked them under the National Security Act,” he added.

The rape and mutilation of the teenager drew strong reactions from activists and on social media.

The anger that has ensued has brought back the horrors of a 2012 bus rape case when a 23-year-old college student, who was given the pseudonym ‘Nirbhaya’ (fearless), was fatally gang-raped on a private bus in Delhi and people took to the streets to demand justice. Under Indian law, rape victims can’t be named.

Four accused from the Nirbhaya case were hanged at a prison in Delhi in March this year.

A UNICEF paper released in April said that COVID-19 would “heighten pre-existing risks of gender-based violence (GBV) against girls, stymie their social, economic and educational development and threaten their sexual reproductive health.

– No deterrence of law

Maliwal further added that no deterrence of law is the main reason this crime against women continues to happen in the country.

“It took eight years to get justice for Nirbhaya. An eight-month-old infant was raped two years ago, and her family still awaits justice. These delays send out wrong messages to the accused. We continue to demand that these cases be disposed of in under six months.”

While the prison terms for rapists have now been doubled to 20 years, experts believe that the delay in justice has been largely due to a lack of resources and no fast-track courts.

In a similar case in the nation’s capital earlier this month, a 12-year-old girl was raped and attacked with blunt objects and sustained injuries all over her body.

“The girl has over 12 fractures, and her private parts were ruptured and needed stitches. Despite this, police delayed in registering a rape FIR [First Information Report]. A lot of these cases do not get handled properly because of a lack of resources. There are no fast-track courts, and justice is either delayed or denied,” added Maliwal.

A 2017 report by the Global Peace Index said India was the fourth most dangerous country for women travelers.

Activists and experts believe that such a high number of sexual offenses has a lot to do with a strong patriarchal society, as women are still considered ’second-class’ citizens in India.

Yogita Bhayana, a rape victim activist and the founder of the “People Against Rape in India” network, told Anadolu Agency there is a huge need for gender sensitization and quality education to help keep a check on crimes against women.

“There is no research in rapes by the government, despite the fact that over 90% [of such crimes] are committed inside the four walls of the home by a loved one. The numbers that we see may be only the tip of the iceberg, as only these are the ones getting reported. We need more awareness programs to break the taboo so that women can come forward and report,” said Bhayana.

She further underlined that a strong infrastructure, quality education and strengthening of the social fabric of the community are some of the steps that can be taken to help bring about a change.

'Vaccines far from being immune barrier against virus'