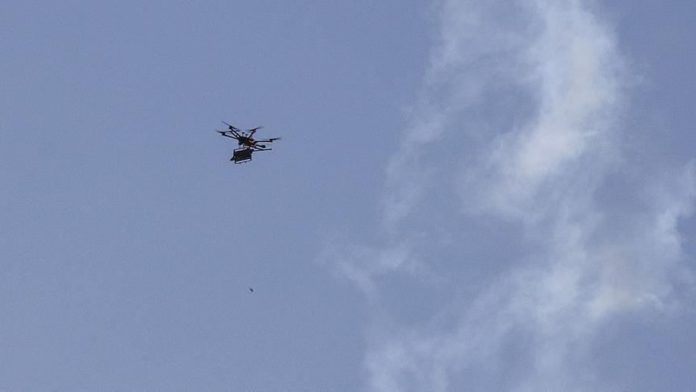 A drone from the ongoing conflict in Upper Karabakh region crashed in northwestern Iran on Tuesday, according to the official IRNA news agency.

No casualties were reported from the crash, said Ali Amiri, the governor of Khoda Afarin town in East Azerbaijan province.

He said Iranian experts are examining the drone to identify its owners and from where it had taken off.

On Monday, Iran warned Armenia and Azerbaijan over stray fire from their ongoing conflict in the Upper Karabakh region, saying the security of its citizens was a “red line”. This came after missiles struck two villages in the Khudaferin district in East Azerbaijan province, injuring a civilian.